As part of the federal government’s cannabis roll-out, it was announced that Kitchener will soon become home to one of the first LCBO-operated marijuana dispensaries.

The announcement came as the next step in the ongoing and contentious legalization process which is to be complete as of July of 2018.

This past Friday (Nov. 3), the Ontario Ministry of Finance and LCBO announced the first 14 municipalities to boast establishments which will commercially vend the drug.

While no specific site locations have yet been released, the other known municipalities which are to be home to the standalone stores include Barrie, Brampton, Kingston, Hamilton, London, Mississauga, Ottawa, Sault Ste. Marie, Sudbury, Thunder Bay, Toronto, Vaughan, and Windsor. 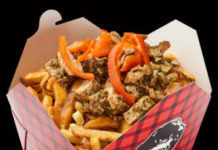