Joseph Mouallem and Lara El Mekkawi are both UW researchers from Beirut.

Lebanon, a multicultural, multi-religious country in the Middle East, is undergoing an unprecedented nation-wide revolution uniting the people against the ruling political class.

People took to the streets on Oct. 17, in retaliation to a proposed tax on WhatsApp calls and other VoIP services, which was quickly discarded.

It was only the most recent of proposed measures of economic austerity with an economic crash looming.

The Lebanese government has been planning on imposing new taxes on tobacco, gasoline, and other factions as well.

The recent tax proposal was merely the straw that broke the camel’s back. The tax hike was proposed two days after Mount Lebanon experienced its worst wildfires in decades, which the government  ineptly contained.

Corruption and incompetence have long ruled the country, and the people have finally had enough.

The ongoing protests call for changes in all forms of governance, starting with the resignation of the current government, a success achieved when the Prime Minister Saad Hariri stepped down on Oct. 29.

On a larger scale, the revolution calls for a complete change in governance, from the current sectarian system that has been implemented for the last 30 years, to a secular technocratic system.

For the most part, the protests that have swept the nation have been civil. In over 70 cities and villages, the people have come together to celebrate their national identities as Lebanese.

They declared the death of sectarianism and civil strife, which have fueled hatred and fear since the days of the Civil War, which ended in 1990.

With out a single political party flag in sight, the Lebanese flag is the only one raised in these protests for the first time ever.

Signs affirming that Lebanon’s civil war has officially ended on Oct. 17, 2019 as opposed to Oct. 13, 1990, symbolize the nation’s frustration with the sectarian system of governance that have kept people in a time capsule, in fear of others.

The people on the streets do not fear their fellow nationals, the walls of sectarianism have been torn down, and the rhetoric of civil war hasn’t divided a newly united people.

On Oct. 27, citizens joined hands to form a human chain that stretched over 170 km from the north to the south of the country to symbolize national unity and the fall of the sectarian system.

Globally, the Lebanese diaspora has shown its solidarity with the revolution back home, with protests occuring in over 50 cities, internationally.

In Canada alone, protests and gatherings have been held in Ottawa, Vancouver, Toronto, Windsor, Edmonton, Calgary, Laval, Mississauga, and Halifax, as well as other areas.

Some Lebanese expats have even flown back to their homeland to join the protests.

The women forming a human wall, protecting the protestors from security forces, the families preparing food at home and in tents and feeding those in the streets. The men dancing and singing, the youth discovering blocked off public spaces for the first time, the people coming together.

Schembri vs. students: where are they now? 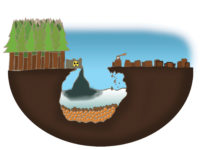 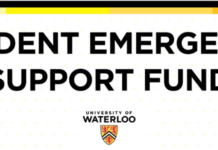