As an international student, I’ve always found CBC, CTV News and Global News – three of the largest Canadian news sources – to be interesting. Often, there’s little consideration of social issues and their impact on the everyday lives of people. The news space is cluttered with advertisements and articles that were cherry-picked to be easy on the mind. There are seldom riveting pieces of journalism that look at issues as more than statistics — pieces that break down and rebuild our understanding of the political, social, and economical systems in the modern age.

I came across such a piece last month. The editors of The Wire India, Devesh Kumar and Ayushman Kaul, wrote a series of three articles that explained, in-depth, “TekFog.” For those of you who don’t follow Indian news stories, here’s a quick rundown: “TekFog” is an application developed by Persistent Systems, an Indian-American tech firm. The government-subsidized company built the application for internal use by the Central Indian Government, who then used it to amplify stories that promote hatred against minorities or target individuals through harassment or even death threats.

Typically, articles that explore ideas surrounding the government’s abuse of power don’t appear on India’s bigger national newspapers such as the Times of India or Hindustan Times. They appear on much smaller publications like The Wire.

The “TekFog” articles themselves are amongst the more Orwellian pieces in journalism, describing the previous use of the application by employees who were contracted by the government. The articles detailed the sexual harassment of prominent female journalists as well as the use of the application to automate 50,000 tweets from existing user accounts about topics such as “#Hindusriseasone” — a nationalist hashtag designed to promote religion-based hatred and violence in India. The goal was to amplify the message enough so that active users would “join the conversation.”

However, I would never have known about any of this if it hadn’t been for co-op. In January, I lived with my family for a short bit, and it was my father who introduced me to The Wire. Since moving to Canada, as an international student, I have realized that it is difficult to follow the ongoing events and the news from India.

This difficulty might have to do with the simple fact that the daily processions of India are of little or of no concern to CBC, CTV News, Global News or other major Canadian news sources. However, the lack of connection we may feel to major news in our home countries could also be due to the lack of interest that we show in events back home — Indian provincial elections are none of my concern when I’m busy with co-op and online courses. Still, I can acknowledge that those elections will have an impact on the daily life of my friends and family, and by association, affect me too.

There is one more reason why it’s extremely important to stay connected to the current events from our home countries — to bring about change. As students, I believe we are in a position more empowered than many would find themselves in. It’s vital that we go out to rallies, advocate for our beliefs and fight for positive change. None of this is possible without an informed public, and that’s the importance of being connected to the news from where we belong.

A look forward to spring 2015 anime 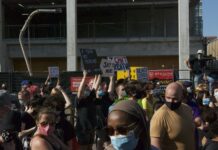 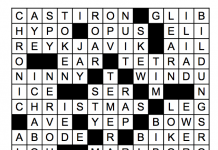