Transit by rail may soon become part of a student’s daily commute.

Stage 2 ION, another light rail transit (LRT) system for the Waterloo Region to run from Kitchener to Cambridge, is holding public consultations.

“It’s somewhat of an iterative process. We try to involve the public throughout, unfortunately that means that often times we don’t have all the information. But that’s kind of the idea,  to be transparent in the process,” Matthew O’Neil, Project Manager of ION, said.

At the public consultation centers (PCCs), members of the public are invited to drop in to view display boards, gather information, and talk to staff members.

“What we are hoping to get out of that is comments and feedback…what people think of the routes, if people have information about portion of the routes that we may not have, and just generally to gauge people’s opinions,” O’Neil said.

The project team is establishing the basic route for Stage 2 and finishing their public consultations before they go to the Waterloo regional council for endorsement. If they are endorsed, this allows them to proceed.

O’Neil hopes that students will join the public consultations, either in person or by providing feedback online at www.state2ION.ca.  He thinks students will find the LRT useful once it is running because they will have more access to services.

Many people are likely familiar with the construction of Stage 1 ION, the LRT that will run from Waterloo to Kitchener. It’s construction is complete and is in its testing commission phase.

“It is anticipated to go live…this December,” O’Neil said.

The justification behind the multi-million dollar project is for economic, environmental, and social reasons.

“It’s needed for several reasons. We need it because we can’t continue expanding and developing and growing in the same way that we have in the past 40 years. And building out isn’t sustainable, we need to start building up, we need to start creating greater density mixed uses in urban cores, we need better uses of our infrastructure,” O’Neil said.

“[It’s] not just to transport people and move people, but also to intensify land use, to create incentives for development [and] investment in city centres.”

When history repeats itself: Monkeypox and the HIV/AIDS crisis

UWaterloo crazy in love with Beyoncé 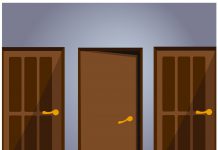