While most varsity teams are off for the spring season, intramurals leagues run during all times of the year. In fact, the intramural program at UW is one of the largest in Ontario of all post-secondary institutions. While the spring term means less intramural involvement at UW, according to Intramural Program Coordinator Christopher Maduka, during the regular school year, thousands of students participate. The highest enrolment recorded in a term at UW is over 18,000 students.

This spring term, ten different sports were offered: ice hockey, ball hockey, soccer, futsal basketball, volleyball, slo-pitch, flag football, ultimate frisbee, and dodgeball. Additionally, to accommodate a diverse group of participants, each sport is also played at three different skill level leagues: casual, semi-competitive, and competitive. Based on the skill level a student selected around the beginning of the term, teams were assembled. The regular season began on May 13 and ended July 9, which means that post-season playoffs are just about to start!

Each week, a team was awarded a Campus Pizza Team of the Week reward for performing exceptionally well or for coming out on top of exciting and close matches. Over the season, eight teams had won the prize: Big League Hawaiians, a semi-competitive volleyball team; Benchwarmers, a competitive dodgeball team; FC-12, a semi-competitive soccer team; Get Keen, a semi-competitive ultimate frisbee team; Bat Attitudes, a casual slo-pitch team; Nicki Minajment and Razers, a semi-competitive futsal team; and Clear Your Brouwer History, a competitive ball hockey team. Their strong performances make these teams contenders for winning the upcoming playoffs in their respective leagues and divisions.

At the end of the day, intramural leagues are all about staying fit while having fun. Tian Li, a student on a casual slo-pitch team this term, claims that intramurals are “pretty fun, especially since all the games are scheduled for you and all you have to do is show up.” Looking forward to the playoffs, he also notes that even though his team lost every single game, his team still gets a chance to go to the playoffs. “Every team goes to the playoffs, regardless of whether you’re good like us,” he jokes, “or if you’re not performing too well. It’s just a way to have fun and kill some time.”

In the interest of having fun, a different student, Farzan Ghazban, wishes rules and regulations in the league were less strict. “Twice now, we’ve had to forfeit games because we didn’t have enough players show up – so technically, we lost more games than we should have because of automatic disqualification. If every team makes the playoffs anyway, there isn’t a point to be so strict. Just let everyone play, sub a few people in, record whatever score happens, and have fun,” he tells Imprint. 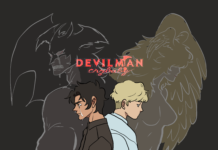 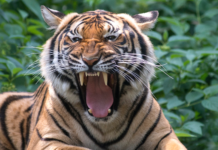 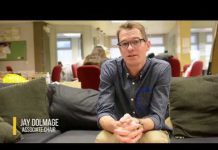 RESPONSE: What courses would you want to see at UW?