The portion of King Street will be closed for nine months in order to complete underground utility work, track installation, and the implementation of the overhead catenary system from Feb. 8.

During this time, detours need to be taken in order to reach affected businesses, which will all remain open during the construction period in the Uptown Waterloo Business Improvement Area (BIA). From the UW campus, students can continue to ride the 7 and 200 bus routes to travel there. However, riders on either route must exit the bus at the intersection of Erb Street and King Street before making the short walk over to the area.

Students wanting to travel to other destinations along these bus routes should not be directly affected by this construction.

Drivers are being encouraged to use Weber Street to avoid the construction, or Caroline Street if they wish to access the parking lots behind The Shops.

Originally, the region and GrandLinq, the private management company assigned to oversee ION Stage 1 LRT for the next 30 years, had planned a four-month closure of this area in order to complete construction. However,  the time frame was recently changed to allow more components of the construction to be completed at once.

“The four-month time frame was to accommodate the underground utility work, but that did not include the track work. Now what we’ve done is we’re coming in this year to do all of the work,” Lauren McGirr, from Grandlinq Community Relations, said.

This section of the major LRT project was also originally planned to commence last fall, but was postponed until this month due to a request made by the Uptown Waterloo BIA.

“Originally, we were supposed to come in in late fall last year but the Uptown BIA and the region requested that we open the road by mid-November to accommodate the Christmas shopping season for the businesses in the area,” McGirr added.

Currently, UW students can see the installation of the LRT tracks along the east side of Ring Road. McGirr believes the track work will be completed by the summer time, followed by construction of a number of other associated pieces in the project.

“What University of Waterloo students can expect to see, especially around the campus this year, is the placement of the LRT track and the associated infrastructure which is the communications duct base, the traffic signal conduits, installation of the University of Waterloo LRT stop, and the installation of the overhead catenary system including the poles and electrical system that powers the train.”

Following the planned construction, students can expect to see the LRT trains passing the campus during its extensive testing phase.

“They’ll see the trains actually running on the track. But there’s a robust testing phase that has to take place before we can have the train up and running for customer service.”

If Grandlinq continues to follow their schedule for the ION LRT project, students can expect to ride a train to their favourite destinations in the region by late 2017, including Conestoga Mall, Uptown Waterloo, and downtown Kitchener. 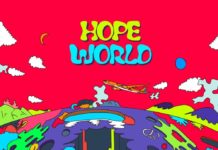 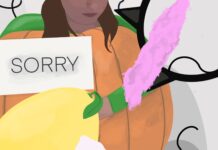