The primary question anxious first-year students often ask is, “What can we do to better market ourselves for jobs?”

“Marketing ourselves” introduces students as products to employers and creates a negative relationship with job searching. This terminology is disingenuous and invites the freshmen into an anxiety-induced process. Choreographed work experience only goes so far until it becomes incredibly disconcerting to the student.

Our anxieties behave as kaleidoscopes and give company to our thoughts — no wonder the library air is so tense.

In other words, this inaccurately creates the mindset of “marketing ourselves” and inherently constructs students as products. This mindset leads to a worrisome perception of the future.

Not to confuse this mindset with pursuing steps in the desired field. It only makes sense for a person in the medical field to try and attain a job at a clinic or hospital, or instances where the only motivation behind a job is to earn money.

Students often use the term “marketing us” when referring to their job search, believing that they, along with their skills, are a commodity. This insinuates that students are a result of the job market, collecting the acquired skills and experience that will only be useful to an employer. The consequence of this mindset is frustrating as it removes all genuineness from meaningful experiences.

It’s true that the job markets are becoming more and more competitive for graduates each year, one that co-op students feel its effects every other semester. Students might feel the need to settle for jobs as if that’s all that they deserve. Resumes have become like love poems and LinkedIn, our crushes’ profile pages.

Resume formats, SEO keywords, interests and skills are all designed to capture the hearts of our future employers. Networking is half the struggle.

Applicants are dropping breadcrumbs to reel employers in, even if they are not hungry.

Students are an arena of their interests and the employers are their spectators. But during the job process, students should ask themselves if the job is for them, just as they ask if they are for the job.

As we move further into late capitalism, we see an awareness of issues with our economy.

Inequalities, injustices, you name it, it has it. It is largely due to the unequal, broken systems that it was built on.

The term late capitalism is not new. According to an article from The Atlantic, the concept was introduced by German economist, Werner Sombart, using Marxist theory to describe what was happening in the 20th century with the rise of multinational corporations and international finance. It was the peak of capitalism, to say the least. But in our case, the reverse is happening.

The by-product of capitalism in every effect of the term has brought environmental degradation, fast fashion, declining mental health, mass surveillance, global inequalities and much more.

Social media breaks, shopping at thrift stores or small businesses, disinterest in the classic 9-to-5 workday, and investing from an early age are a common occurrence among Gen Z’s. This breakage from the hardwired structure of capitalism is a response to our current environment.

Late capitalism breaks away from the capitalist system that was built around. It no longer invites the workaholic driven society as the 20th century did. The changes of the 20th century have caused all aspects of the world to change because of it. Environmental, societal, political, etc., have all been affected by capitalism.

What I mean is that the world is changing. “Selling your soul” is an expression used for the peak of capitalism, which cannot be used anymore by university students and graduates as it no longer applies to our current society.

LINK Picnic Festival 2019: Who came and why 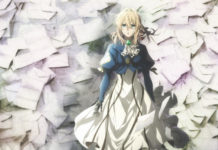 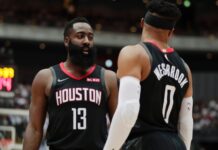 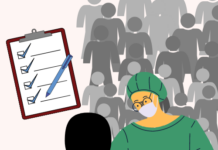