What would you do if you had a hidden superpower?

Rick Green, a comedian, writer, and co-creator of The Red Green Show, told Imprint that he would love to fly. But beyond the land of fantasy, he is a self-proclaimed ADHD master.

A distinguished alumnus of Renison University College,  on Oct. 17, Green will return in honour of Invisible Disabilities Week.

Green’s goal is to equip students  with the right skillset to combat the challenges of life at university. In the Modern Languages Theatre, Green will share his insights on coping with stress, procrastination, and sleep, just to name a few. As well, students will hear about his experiences with ADHD that are at times humorous but often impactful.

Green started his career at the Ontario Science Centre, back when he studied at the University of Waterloo where he loved physics, advanced quantum mechanics, film, and the fine arts.

In 1991, The Red Green Show, now the longest-running Canadian comedy television series, first aired. Green recounted being able to write five to nine comedy skits in a day but frustratingly, never a full screenplay. Finally, he discovered in his late forties the culprit of his lack of focus: ADHD.

Since then, Green has been appointed a Member of the Order of Canada and the Order of Ontario as an advocate for individuals with ADHD, but especially those  who live with it unknowingly, just as he had for decades.

Although this may be true, he also said that individuals with ADHD are creative, lateral thinkers, who excel in cross-disciplinary  work.

Green continued to explain that 80 per cent of adults with ADHD live undiagnosed and half of those who are diagnosed don’t do anything about it – the rest of the statistics are equally troubling.

For example, a driver with untreated ADHD is seven times more susceptible to being at fault in car accidents than the average person. Clearly, this is not an issue to be dismissed.

To combat symptoms, Green will speak on strategies that individuals with ADHD can use daily.

“The other thing is for people to see that… things that they thought were quirks, or failings, or weaknesses, may actually just be a symptom of something.”

After years working with instead of against ADHD, Green has come to the realisation that he has been able to do things that others were incapable of doing. He is still unable to fly, “but now, [he’s] soaring and not stressing the way [he] used to.”

Green hopes that students will come out to the Oct. 17 talk to discover and hone their own superpowers, understand their own potential, and pursue it.

“It’s not only invisible to the world that you have ADHD, it’s invisible to yourself until you figure that out.” 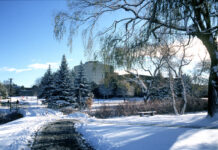 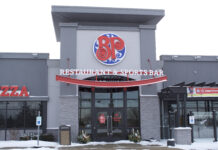 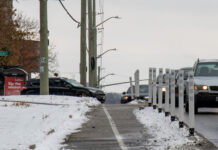 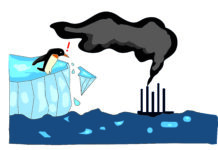