Canadian winters suck. Considering this is a Waterloo paper, this claim should go without saying ­­— and while you’re free to contest it, you are wrong. Horribly, horribly wrong.

In any case, pursuant to Canadian weather’s abject awfulness, the best-case scenario would be to hibernate for winter’s duration, like a less-impressive and considerably more-pathetic bear. The bad news is you can’t really afford to because you have classes. The good news is UW has a fair amount of bridges and tunnels, restricting the amount of time you have to spend among nature.

Now while it is my sincere hope that you don’t have the sort of daily regimen that requires you  to traverse across the entirety of UW campus, because ugh, there ARE enough bridges and tunnels that you can still stay mostly indoors, but how convenient is this labyrinth of pathways? Is it just more practical to brave the cold? To answer this question, I navigated across campus, north to south, to render judgment on the benefits of indoor travel.

My route covered the largest distance possible in the most straightforward path I could foresee, and so I went from M3 over to PAS. There’s a map of UW’s bridges and tunnels that’s been posted on the /r/uwaterloo subreddit which I used to figure out the best path from point A to point B, and I highly recommend checking it out — there are apparently a lot more tunnels on campus than I thought.

I started by going from M3 to MC, which is accessed via a pretty bridge with lots of windows.

The nice thing about bridges like this is that they give a great view of campus. On the other hand, on days when the sun is out (like when I went on my trek), it’s SCORCHING, even if it’s cold outside. With just a hoodie on, I was overwhelmed — I do not recommend bridges for anyone travelling with coats on. On my way across the bridge, I felt a connection to every ant ever burned to death by a magnifying glass. Window-heavy bridges: not my favourite.

Once I was in MC, it was only one floor down to get to the QNC bridge, and then a straight walk across a bridge to B2. B2 leads to B1, and from there you go to the ESC. From here you can go up to the third floor, and take a bridge to EIT, but it takes, like, five seconds walking outside to cross over to EIT from ESC’s second floor, so is it worth it? Regardless, I stayed inside and made my way over, costing me a few extra minutes, then went along the PHYS bridge. From PHYS I had to run outside over to E2 for a few seconds — a reminder of the weather I was missing. Gross. Anyways, from E2, it was back to the tunnels over to RCH, and then straight to DWE. DWE is as far as you can go indoors, so in order to get to PAS, I needed to go outside and run to SCH, where I could get to another set of tunnels.

It’s always abundantly obvious that you’re in one of the arts tunnels, as the design is colourful enough to scream, “Someone spent too much time on this!” The tunnels are also kind of cold — not as bad as outside, but you couldn’t cut it with just a T-shirt (which would actually have been appropriate attire up until this point). In the tunnels, I passed through AL on my way to E1. From there, crossing over to EV2 led me to — completely defeating the point, I might add — a short outdoor bridge which goes to PAS.

So there you have it — you can get from one end of the campus to the other without spending a solid minute outside. But is it really worth the effort? Definitely not. Following this path will take you about half an hour (plus or minus a few minutes depending on how familiar you are with school buildings), which is way too long to justify some warmth. Winters are bad, and taking the occasional indoor detour will give you just enough motivation to keep going. Still, as much as I’d like to never have to face the cold, the in-building paths are just too disorienting and extensive to make them practical for cross-campus travel.  For the amount of time it takes to travel indoors, getting around with this system might just be a bridge too far.

U of G prof charged 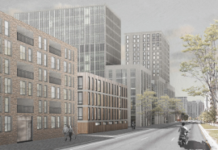 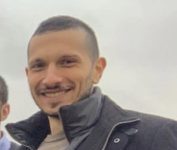