According to The Guardian, researchers from Virginia Tech University recently developed a sugar-powered “biobattery,” which can store 10 times more energy than the equivalent-size lithium-ion batteries found in smartphones.

Users can recharge their batteries simply by adding more sugar. It will be possible to get this kind of sugar battery for mobile devices in three years.

Implantable battery: powered by your heartbeat

In the future, your smartphone will never die if you use an implantable battery and are still alive. According to Daily Mail, a team of US and Chinese researchers recently revealed a tiny implantable battery that can be used to power a pacemaker. This battery converts the constant movement of organs such as the heart, lungs, and diaphragm into energy. To produce more power, multiple units could be placed on an organ.

The impact of the COVID-19 pandemic on arts & entertainment 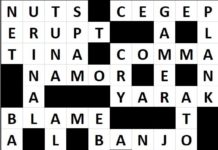