New app claims to be able to increase reading speed

Are you struggling with a 200-page reading every week? As reported in Daily Mail, the new app Spritz claims to be able to “turn everyone into a speed reader.” The firm says eye movement is the most time-consuming part of reading, therefore, Spritz streams one word at a time using “redicle” technology to direct the users’ eyes to focus on the content.

The app is particularly designed for small screens, which eliminates the inconvenience of scrolling, pinching, and resizing a reading area. You may try different reading speeds from 250 to 500 words per minute on spritzinc.com.

Examples of these messages include “Wow, what a day, how was yours?” and “Miss you :).” The purpose of this app is to help male users spend more time with his “bros.” Though the slogan says the app is “your clever relationship wingman,” not all users are satisfied with it.

Next time you go grocery shopping, you may want an electronic receipt. According to Scientific American, a recent study shows “the hormone-altering chemical BPA” (bisphenol A) can be absorbed by skin when you touch thermal paper receipts. BPA is widely used in plastic, the lining of canned goods, and is also contained in receipts.

Though BPA is related to “reproductive issues, cardiovascular disease and cancer,” scientists still have limited amount of information about the effects of exposure to BPA or the levels which could cause harm. In the study published on The Journal of the American Medical Association, receipt handlers still had lower peak level of BPA in the urine comparing to people who ate soup from cans with BPA linings. However, the study indicates various sources can transfer BPA into human bodies. 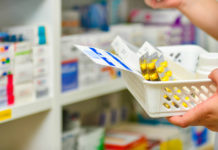