Mike Morrice beat two other candidates to become the nominee in the upcoming federal election for the Green Party of Canada’s Kitchener Centre riding.

The nomination meeting drew a record crowd of more than 200 people in attendance who selected the founder of Sustainable Waterloo Region and Green Economy Canada.

“I’m doing this because I recognize the significant challenges we face, from economic inequality to gaps in our health system to household debt, all of which are made worse by the climate crisis” Morrice said in a press release issued on Mar. 6. “It’s time our ambition rises to meet the scale of the challenges we face.”

Morrice shared with attendees his support for a made-in-Canada Green New Deal with universal access to affordable and energy-efficient housing, high speed rail, the guarantee of federal jobs, and a shift to 100 per cent renewables.

In the recent Outremont by-election, the Green candidate placed ahead of the Bloc, the Conservatives, and the People’s Party with 13 per cent of the vote.

Elizabeth May was chosen as the most ethical party leader by most Canadians in the recent polls, also polling at 11 per cent for preferred Prime Minister tied with Jagmeet Singh, the newly elected NDP leader.

The Sustainable Waterloo Region and the first Green Economy Hub, founded by Morrice, engaged local companies representing 14 per cent of the local workforce to set and achieve voluntary climate goals.

The creation of ClimateActionWR was also led by Morrice, which was a collaborative effort that secured unanimous support from Regional and City Councils for the community’s first-ever climate target (a six per cent reduction by 2020, since raised to 80 per cent by 2050).

To date, over 250 organizations lowering their impact and increasing their profitability across Ontario have been supported by seven Green Economy Hubs. 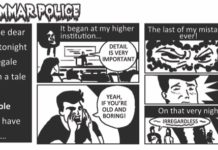 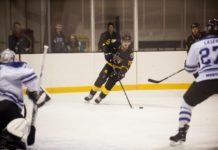