Trevor van Leeuwen, Nesting Season team member and co-ordinator for Goose Tattoo, spoke to Imprint before the latest Heroes of the Dorm bracket March 25-26, when Goose Tattoo played their final games. The finals of Heroes of the Dorm will be held in Las Vegas April 8, with the winners earning free tuition for their college careers.

“The competition is quite intense. There’s a number of ex-professional players playing for some schools, so the competition is picking up very highly for that tournament,” van Leeuwen said.  “I’d say that we’re doing extremely well considering that nobody on this team was playing in this tournament last year, it’s almost entirely new.”

“[They’ve] been practicing twice a week since December, and I believe they’re at about three times a week now when they have time for meeting,” van Leeuwen added. “They have been going very hard on that and it’s really paying off.”

Meanwhile, $10,000 U.S. is on the line for Nesting Season and Tempo Kobolds as they prepare for the Tespa Collegiate Series’ round of 64 April 8-9, followed by the championship bracket April 22-23. Whatever happens, both teams already netted $400 U.S. per player in scholarships for making it into the top 64, cut from about 850 other teams.

This is van Leeuwen’s second go at the Tespa Collegiate series. “We didn’t make it as far [last year] as we have this year. We got knocked out in the second stage of the tournament,” van Leeuwen said. “I’m playing with one of my teammates from last year and one new one … I don’t expect that my team will make it [to the finals], but we can hope.”

Van Leeuwen noted that taking part in the tournament during midterm and final exam season could prove difficult for eSports student athletes.

“It’s not too bad, except around midterms. Around midterms it’s very difficult to schedule stuff, because then you have games on the weekend [during] Hell Week for engineers, so it’s like ‘Alright, you get to play video games for a couple hours and not study,’” van Leeuwen said.

While Goose Tattoo is out of the running for this spring’s tournament, van Leeuwen is anticipating recruiting more players during the fall term.

“I’ve been trying to recruit people from Reddit, Facebook gaming groups, and anyone I hear talking about Heroes,” van Leeuwen said. “I’m hoping that we can actually get more people involved in the fall tournament. I think this [tournament] will be an excellent recruitment method because then you can see them play, and it’s very viewable.” 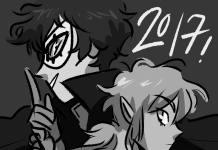 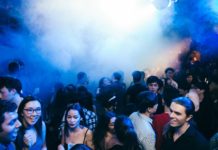 NYE 2.0, the last ever Bomber event 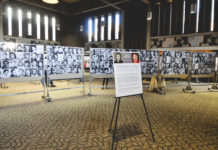