At the time of writing, I’ve seen Avengers: Infinity War four times. I wouldn’t mind watching it a fifth, maybe sixth time (that is if someone pays for me, I have limited funds as a student).

Before the film’s North American release on April 27, the internet’s favourite Infinity War joke hearkens to Marvel branding it as “the most ambitious crossover event in history”. The hype leading up to the film was most definitely real, but now, crossing into its third week in theatres, it bears questioning– does Avengers: Infinity War live up to the expectations?

Going by the numbers, Infinity War made major bank in its opening weekend alone, smashing the box office with sales over $257 million according to Box Office Mojo, a site that tracks film revenue. As of May 13, the film has reached a total gross of $1 billion and counting. These ticket sales don’t seem to be slowing down any time soon either.

Infinity War’s success is not by accident. It is by design, ten years in the making, since the Marvel Cinematic Universe’s release of Iron Man in 2008. In a feat of marketing and narrative genius, MCU spent the past decade perfecting a formula that retains diehard Marvel fans and attracts newcomers alike, with its ensemble cast of iconic heroes and villains.

The question in most people’s minds prior to viewing Infinity War is undoubtedly “do I need to watch the eighteen previous MCU flicks to understand what’s going on in Infinity War?”

A cop-out, but the answer is yes and no.

Infinity War does an unexpectedly clean job in keeping its converging storylines coordinated.  Its near three-hour runtime breezes by. Every shot engages and hooks. Not a minute feels wasted, which is key to a movie of this nature, where we are transported across the universe scene-by-scene, following each subplot.

Upfront, the film’s plot is simplistic. Thanos, an alien warlord, is hellbent on a quest to obtain the Infinity Stones, which would grant him the power to enact a universe-wide genocide. It’s up to the Avengers– who by this point is nothing more than a scattered group of vigilantes (acknowledged even by “former members” themselves), to put a stop to the Mad Titan Thanos.

It’s the typical superhero movie plot at face value. Each sides’ goals and motivations are out in the open, crystal clear.

Newcomers to the MCU can enjoy Infinity War as a self-contained story. Iron Man, Captain America, Thor, Hulk and Black Widow–  all part of the original Avengers– do not need further introductions due to their status as staples in pop culture.

Being well-versed in everyone’s origin story is not a prerequisite to enjoying Infinity War. More than enough exposition within the movie is given to acquaint yourself to “lesser-known” characters. In fact, a lot of these characters are encountering each other for the first time too. These meetings weave into scenes naturally, and it doesn’t feel like we’re being subjected to a dragging roll call as the film goes on.

Infinity War isn’t without its rewards for long-time fans. Even if you haven’t been catching previous Marvel films in their opening weekend, opting instead to marathon them the night before seeing Infinity War, you’re in for a treat. Knowing just how MCU has been building up its continuity for a decade, you get a better appreciation for what our heroes struggle against.

Whether you’ve been in this Marvel Cinematic Universe ride since the beginning, or just curious about what keeps people coming back for more, Infinity War will enthral, delight, and definitely shock. And once you’re over that initial shock, consider yourself part of the group that needs to see it a second, third, fourth time. In my experience, every rewatch hurt me all over again, but also uncovered integral details I might’ve missed before. Of course, I’ve also pinpointed some plot holes in the process, but it hardly detracts from how wildly compelling Infinity War is.

Nothing is as satisfying than piecing together the foreshadowing and dramatic irony playing out on-screen and realizing just how high the stakes are for both Thanos and our heroes.

An inclusive addition to campus 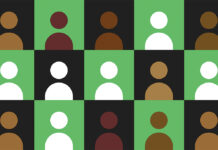 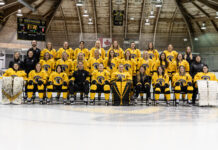 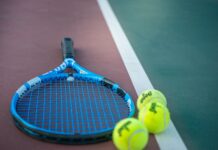