For the sake of clarity, let’s get something out of the way early; this review was remarkably confusing to write, let alone to read. With a film titled simply IT, it is all but impossible to keep my sentences straight.

Despite IT’s nature as a partial adaptation of the 1986 Stephen King novel of the same name, it somehow feels fresh and relevant. Both the book and the ensuing 1990 miniseries have been set in the 1950’s, with a second half set a very specific and important 27 years later. 2017’s version instead reimagines the story as beginning in 1987, likely to cash in on the massive resurgence of nostalgia for its era. Recently taking advantage of this, the Netflix Original Stranger Things is very notably an influence; even borrowing one of the young actors from the television series, Finn Wolfhard, to portray ‘Richie’ in IT, director Andy Muschietti seems heavily inspired by the series. Nailing the ‘80s vibe, the cast and the monster itself are tasked with satisfactorily occupying the superb atmosphere built for them.

Beginning with a 10-minute scene that epitomizes much of the rest of the movie, equal parts terrifying and heart-wrenching, the opening sequence sets an audience on red alert for how far it is willing to go in its replication of the very iconic scene from previous iterations.

While filled with immensely talented young actors, the show is stolen by Bill Skarsgård’s Pennywise the Dancing Clown. Despite a deliberately whimsical name, Pennywise is an iconic horror movie monster for a reason. Twitchy, eccentric and exploitative of the protagonists’ worst fears (which are likely to overlap somewhere with those of an audience member), Pennywise is magnetic and wholly creepy in the best way.

I am of the opinion that the best horror movie is one that avoids the cheap jumpscare, instead manipulating the audience’s psyche to play their darkest thoughts against themselves (this is why I hate horror movies). IT, despite this being the very theme of the film, relies more on the visually jarring and sudden fright than the psychological. It succeeds in this far more than I would have liked to admit, but still seems like a missed opportunity.

Chilling from beginning to end, with surprisingly powerful character arcs lend credibility by the respectable acting chops of the young leads, IT manages to offer something for everyone, provided they can stomach the almost-guaranteed nightmares that will come hand in hand with a ticket to the film.

It is rare when ‘the stuff of nightmares’ can be used as a compliment- this is one of those moments, and one that earns every frightened shriek.

Neither a simple means for Stephen Kingto purchase a new yacht, nor the newest way that Hollywood is choosing to cash in on nostalgia for the ‘80s (although it is both), but director Andy Muschietti’s interpretation of IT is enthralling. 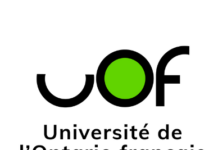 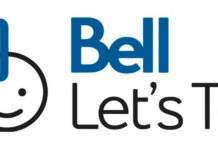