I rarely had cause to use this line until I came to university. In my early years, I was confused as to why professors, with their years of experience and expertise, would ask a student for their opinion on the matter. It wasn’t until my third year that I realized that professors don’t ask your opinion simply to move the class along, they do it to learn from their students. So that’s the thing; you learn from other people’s opinions.

At this point, I can’t really give a solid opinion on politics, or gardening; I can’t even give you an opinion on eating healthy since 70 per cent of my diet is Timmy’s. There are maybe one or two topics that I have opinions on, strongly backed up by years of experience. The thing is, I still love hearing other people’s opinions! The other day I met someone who was really strongly opinionated on coffee. He knew so much it blew me away. Did you know that the second cup of coffee brewed from the same beans is better? Apparently it is!

So that’s my point, I learn things from others’ opinions, and even if they don’t have a lot of knowledge to back it up, it’s still interesting to learn why they think that way. I may not have an opinion on a lot of things because I don’t know much about them, but you probably do. So send me your opinions, I’m dying to know what you think and why you think it.

Lottery Politics: the shared values of Canada and Israel 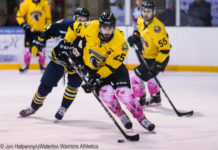 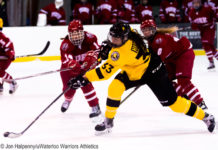