Lately I’ve been reflecting on how much my professors have influenced my educational experience at UW. My relationships with my professors have been quite unlike any other relationships I’ve ever had. My professors are simultaneously my friends, my tormentors, my therapists, my guides, and my critics. They have confounded me, pushed me, infuriated me, and empowered me beyond my greatest imaginings. It’s to them that I owe my love of feminism, the delicacies of the English language, and the sound of my own voice.

Now, I know that not everyone feels the same towards their professors. At best, some students may only see their professors as pleasant-speaking acquaintances. At worst, they may consider their professors their judges, juries, and executioners all wrapped into one. I’ve been fortunate in many ways to have the opportunity to be taught by some amazing people, but I’ve also had professors that I didn’t meld well with.

There is one common characteristic among all professors: they love what they talk about. Sometimes, that love interferes with their ability to be instructors. They are so devoted to their subjects that they forget that their main role is to actually teach and become instead what one of my professors refers to as “fountains of knowledge.” They just spew out information into the classroom, and leave it up to the students to grasp what they can. Such a teaching style works for some people, but it certainly doesn’t work for me. I need structure. I need context. Without it, I struggle to weave the pieces of information together. What is worse is that these types of professors are so enamored with their subjects that they are dumbfounded when their students aren’t excited along with them, and they interpret these students’ stupefied expressions as a lack of interest in the material in general.

I’ve had a professor that has turned the most seemingly boring subject into one of the best classes I’ve ever had simply because she knew how to teach. My professor understood that not everyone learns the same way, so she tested our knowledge using several different types of projects: quizzes, an exam, an essay, a presentation, and a creative writing assignment. She also structured her lesson plan and filled each class with rich historical content.

I’ve also had a professor that managed to turn a really interesting topic into a course that made me experience physical pain. Each time I went to the class, I faced a barrage of tangents and unsupported arguments that made me so confused and frustrated that my calves ached to carry me out of the room. I wanted to protest what the professor was saying so badly that I would randomly envision myself standing up and screaming, “You’re being so unreasonable!” But I never did. Much to my dismay, I remained silent because the professor held something very important to me — my grade.

The grading system is the one defining problematic aspect of teaching. It is what creates those unique relationships that I have with my professors that I brought up earlier. And I think that it brings them constant misery. They want to view themselves as guides, not judges. The grading system prevents them from fully achieving that desire because it forces them to put a number on another person’s accumulation of knowledge.

I’ve talked to professors that strongly detest the grading system. They try to mix it up with having a variety of assignments, but they still have to evaluate their students. It’s very difficult to put a numerical value on understanding because it’s completely subjective. The student’s grade can be affected by an innumerable set of factors, including attitude, circumstances, and even something as simple as interest in the course itself. The student’s grade can even be affected by the attitude and circumstances of the professor. A professor that I had in second year said that she always drank red wine and ate chocolate when she graded tests because it made her feel happier, which caused her to be less nitpicky.

All in all though, I can’t say enough positive things about the professors who have been truly wonderful and inspiring people to me. Without them, I don’t know who I’d be. I wouldn’t be any less than I am right now, but the relationships between my professors and I have made me into a person that I truly admire. Thanks profs (you know who you are).

Waterloo to Toronto in 20 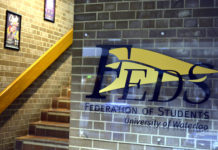