Andrew Moraga, NDP candidate for Kitchener Centre, believes free tuition would eradicate the governments’ liability when it gives out thousands of dollars to high school graduates.

“Every year, the government gives tens of thousands of dollars to just eighteen or nineteen year olds, a huge liability, when they have to decide what they want to do for the next sixty years of their lives and go get a post secondary degree,” Moraga said.

During the discussion, graduate students raised questions about how the policy to make tuition free would work. Moraga said that it’s not a question of how and where to get the money, because the government already has the money, it’s about where the money would be put.

“We give $3.3 billion subsidies for fossil fuels every year that we can be putting into other programs. We bought a half billion dollar pipeline without question whether or not that was good for the economy,” he said.

Lori Campbell said that when she started university, they had interest-free federal student loans. She said that there are other ways to increase revenue instead making billions of dollars off of the interest on student loans, that the current government is doing.

“If you’re looking at the pyramid distribution right now, there are about 20,000 people at the top who have a net worth of $20 million and if we charge one per cent on their wealth, over 10 years will have about $40 billion,” she said.

One grad student questioned why people would want their tax money going towards the rich, if they are the ones benefitting the most from the system. Moraga answered a lot of parents do not pay their child’s tuition even if they can afford to, and so when the student doesn’t qualify for a loan, they end up working several jobs to pay for school.

Moraga pointed to Germany’s free tuition, not only for its citizens, but for international students too.

Germany is the strongest EU economy, and Moraga said their policies are worth looking at.

Yours Truly, a fourth year exhibit 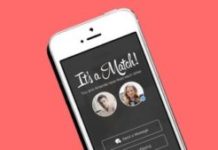