The Huffington Post reported that NDP national campaign director Anne McGrath made comments during confidential discussions regarding the “lack of neutrality” on university campuses as ideal venues for leader debates. With extensive political party activity happening on university campuses already, Imprint asked the NDP to comment.

“Those suggestions are ridiculous,” said George Soule, associate director of media for the NDP.

“We actually have not rejected, on hand, any request for any debate,” he said.

Although Soule said that no comments were made, the Huffington Post article said “several sources” indicated McGrath made the comments. Soule also mentioned that the NDP agreed to participate in the Google Canada/Globe and Mail debate taking place this fall at the University of Calgary.

According to Kitchener-Waterloo Conservative MP Peter Braid, who is also the parliamentary secretary for infrastructure and communities, the university atmosphere is in fact an ideal place for political engagement and the exchange of ideas.

“Universities promote the open exchange of ideas, and I am proud to represent a riding with two excellent post-secondary institutions,” said Braid. “Over the past seven years, I have developed effective lines of communication with student groups and have worked with them on various issues of concern. Political engagement is an ongoing process,” he said.

Braid’s engagement with UW and WLU students is an example of how local political leaders engage with campuses.

“As the election approaches, students are rightly focused on the issues that will have an impact on their lives and their future prospects,” he said.

Local Liberal federal candidate Bardish Chagger does believe, however, that universities are the perfect place for leader debates, despite the fact the Liberals have not yet confirmed their participation for the Google Canada/Globe and Mail debate.

“The Liberal party believes that universities are exactly the type of environment where defensible ideas, including political ideas, should be debated,” Chagger said. “Students have the biggest stake in the outcome of the next election; they are our future and have the most to lose or gain.”

Chagger also pointed to a statement made by Young Liberals of Canada president, Justin Kaiser, regarding university campuses as an ideal place for leaders debates.

“Young Canadians have the most at stake in the outcome of this election, and it’s vital that our ideas, concerns, and aspirations are heard and debated by the leaders who will shape Canada’s future,” Kaiser stated in a press release on their website.

Imprint spoke to Dr. Anna Esselment, assistant professor of political science at the University of Waterloo, who believes university campuses are actually ideal for various reasons.

“In my view, the ideal environment is a university,” she said. “Universities are publicly funded and publicly accessible. They are where the problems of the day (and of the future) are being studied and where proposed solutions are developed.”

Esselment also provided examples of how a university can be an ideal place for discussions on public policy, and how they would be most accommodating to debates.

“For example, if there was a debate about innovation and entrepreneurship and their impact on the economy, the University of Waterloo would be a perfect setting,” she said. “Most universities also have the technology to ensure that broadcasters [can be] provided feeds to the debate, and to livestream the discussions.”

Having talked about the benefits of universities hosting leader debates, Esselment also had some reasons why parties may want to avoid debates on campus.

“Some groups may view university campuses as being too liberal in outlook, and thus more favourable to certain political parties,” she said. “Some may also view them as more exclusive institutions, but universities are actually ideally positioned for holding debates.” 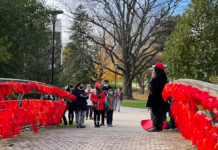 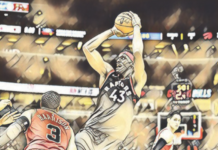