The best war films are those that strike a balance; highlight the combatants’ humanity, not just show how well they can pull a trigger, and naturally create tension when appropriate to show off how intense combat can be on-screen.

War Machine breaks this mold. It does show humanity, even if it is only that of General Glen McMahon (Brad Pitt). It also features a combat scene where unseen assailants scatter gunfire towards a desperate marine squadron in the hollow shell of a shanty town.

In spite of these critical elements being present, War Machine is not a good movie.

Adapted from the late Michael Hastings’ The Operators, War Machine seems remarkably inconsistent. The book was an examination and indictment of the late stage War in Afghanistan, with a particular focus on its American leadership. General Stanley McChrystal, the target of much of Hastings’ scorn, is the inspiration for Pitt’s McMahon. While The Operators was very clear and unflinching in its contempt for the General, War Machine leaves a different image in the viewer’s mind.

Narrated by a character whose importance becomes clear in the second act despite not being named until then, War Machine has the opportunity to quite literally spell out what it wants one to take away from the film about McMahon. To the film’s credit, it is not indecisive on this front; coldly contemptuous throughout, the narrator condemns McMahon without the slightest concession. As direct as it is, the straightforward approach fails War Machine in the end. Despite being told, sometimes ham-fistedly, that McMahon is a bad person and a bad General, the audience is presented an image of the opposite. He cares about his men, plunging himself into danger alongside them. He meets personally with foreign leaders and diplomats to secure alliances. He runs every morning and reads every night, to stay in physical and mental conditions enough to satisfy his role.

The accent and mannerisms that Pitt adopts for McMahon seem ludicrous at first, but eventually even out. In time, he successfully sheds the image built for him through 25 years of roles as the suave smooth-talker and ends the film as a flawlessly believable career military man who has forgotten what he is fighting for.

The overall presentation of the film is eerily similar in layout and plot progression to that of 2015’s The Big Short. Sharing a set of producers, this should not be surprising, but the similarly biting and critical tone of the narration and explanation pushes past the point of reminiscent into lazy. Lines from closing monologues seem copy-pasted from one film to the next.

As an overall critique of modern war, the film does a good job; McMahon is forced to jet set around the world, or meet with diplomats for much of the film, with little actual combat. War is no longer the slugfest that it was when people like McMahon came up, but about alliances and persuasion. What use is there for the soldier, if the diplomat decides what is worth fighting for? Is it worth fighting at all?

War Machine answers its own questions, by claiming that McMahon’s own ego was all that was being satisfied. Switching courses abruptly, it attempts to then lampoon the greater forces at play, and the overall uselessness of war. No amount of jokes, however well written or delivered, are enough to make up for how scattered brained it all is, and how rushed the ending in particular feels. Even the charismatic protagonist fails the drag the rest up to snuff.

Apologies to Mr. Pitt, but War Machine is no Oceans Eleven out of 10.

Better Than: the rest of Netflix Original Movies in 2017, see Small Crimes

Not As Good As: The Big Short

You May Also Like: Fight Club—crazy Brad Pitt makes everything better 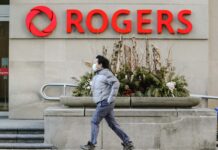