If the prevalence of a TV show or movie on Facebook and casual conversation is any indication of its popularity, Netflix originals such as How to Make a Murderer or Stranger Things have been knocking it out of the park.

Yet I rarely hear about a great Netflix documentary that more students should be watching; 13th, a documentary by Ava DuVernay that possesses a prestigious 98 per cent on Rotten Tomatoes. The film collects interviews with political figures, professors, activists and others; and investigates the way history has influenced the treatment of black people in America today.

I suspect a major problem is in the name itself. Do you mean beloved horror franchise Friday the 13th? Oh, you mean the semi-biographical drug-fuelled drama Thirteen (2003)? Or do you mean 13 (2010), the American remake of 13 Tzameti?

Of course, there’s a reason the movie’s title will be less clear to a Canadian audience. 13th refers to the 13th amendment of the U.S. constitution, the amendment that famously ended slavery: “Neither slavery nor involuntary servitude, except as a punishment for crime whereof the party shall have been duly convicted, shall exist within the United States, or any place subject to their jurisdiction.”

13th makes the argument that the “except as punishment for crime” bit is the major catch of that amendment, given the racially charged nature of American politics. The economic boons and racially charged imprisonment of slavery, as argued by the film, did not disappear, and appear to be alive and well in the economic boons and racially-charged imprisonment of America’s mass incarceration.

The theme of 13th is the fact that many of the racist aspects of the past may not have disappeared, but have simply been concealed, often intentionally.

The racist imagery of the KKK hunting down the animalistic black man in the now-infamously racist film, Birth of a Nation, echoes the constant images of black men used as symbols of “super-predators,” even emblazoned as an example of a dangerous criminal in a Bush campaign ad. The Nixon War on Drugs worked its way into Regan’s era, and further into the present day with people thrown in jail for minor drug offences. The boons of slavery become the boons of prison labour.

An infamous Lee Atwater interview proudly proclaimed that you can’t say the N-word anymore, you need to use “state rights” or “forced busing.” And of course, this leads to the dog-whistle politics of today. “Law and Order.” The “Good Old Days” where “America was Great.” The 50s or 60s were not great if you were black.

I admit the movie can lose the plot at times, if that makes any sense. Ostensibly, the movie is focused on the problem of mass incarceration, making a point to show the growing prison population increase as the film travels through decades. But in the broadness of injustices that follows, the focus becomes unclear.

Still, the intent of film does not seem to be specifically mass incarceration, but the general plight of the black people in America, and how history has taken the U.S. to this point. Rather than a movie of specificity, it seems to be meant as a primer to those who may have no idea about the injustices that exist in America.

If you have no idea about the black plight in America, this movie can show you. With great interviews and good insights, it’s as good a place as any to educate yourself on the troublingly covert nature of racism. Racism, perhaps, has diminished, but it has not disappeared. It simply changed its form and face. Only by recognizing the new mask, can you recognize where we need to change. 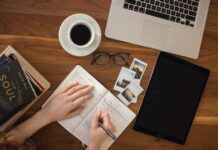 Getting to know your geese

You’re so ratchet … and clank