New to Netflix as of Oct. 13, Mascots is a film by legendary comedy actor and writer Christopher Guest. It stars a plethora of familiar faces in comedy and gives the viewer a comical look into the delusional lives of sports mascots.

The movie follows a group of competitors hoping to win a Golden Fluffy award — the highest honour among amateur mascots. The competition’s organizers and founders are also featured as they are just as harebrained as the mascots that compete. The film’s climax centres on the actual competition, and despite the obvious comedic intention of the mascot’s routines, most of them are actually athletically impressive — if totally bizarre.

Renowned comedy actors Fred Willard, Jane Lynch, and Parker Posey star alongside relative newcomers Chris O’Dowd and Zach Woods. Combining a cast of younger and veteran comedy actors really gives the audiences a range of comedy to which they can respond. This is the type of movie that when you watch it with a group of friends, you’ll laugh at some jokes alone, and so will they, but there will be lots of jokes where you can laugh — or at least shake your head in disbelief — together.

Spoiling too many specific moments in the movie would ruin the fun, but one aspect of the climax simply begs to be talked about. As the film reaches the height of tension and slapstick, all the contestants are performing their big routine for the judges. One mascot is a plumber and his wild four-minute routine (which the viewer at home gets the pleasure of seeing in its entirety) consists of him dancing with a giant mascot of a piece of human waste. If that’s something you already find funny just from reading, wait until you witness the glory and honest-to-goodness talent of the dancing doodie.

The other contestants’ performances are less fecal-focused, but just as silly as the plumber. The entire competition segment of the movie is a farcical circus that will have you laughing as well as shaking your head in disbelief at the conviction with which the performers prepare and reveal their routines. The core of the comedy in Mascots comes from the fact that everyone believes so strongly in what they are doing but what they are doing is completely ridiculous.

The film’s writer and director is no stranger to making films that follow oddballs. Christopher Guest is the godfather of the “mockumentary” style of movie, having invented and popularized the genre with his first major film This is Spinal Tap. The faux documentary was so believable to audiences that the band featured in the movie actually toured and sold albums. The style is familiar to our generation thanks to shows like The Office and The Trailer Park Boys, but when Guest’s first few movies premiered during our parent’s generation, it was novel, and we have Christopher Guest to thank for popularizing this comedic style 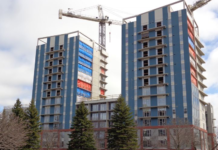 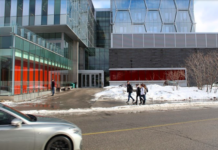 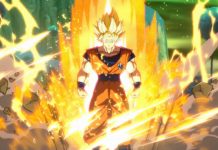