If you are a person who often likes to have a TV show running in the background while you’re doing other stuff, Buddy Thunderstruck on Netflix is here for you. The animated show was released March 10, and while the show isn’t strictly aimed at adults, it also isn’t exclusively for kids. Watching the series reminded me a lot of Bugs Bunny, in the sense that the action and slapstick are meant for kids to enjoy, but the cultural references and sly jokes are meant for more mature audiences.

Buddy Thunderstruck is an animated show featuring the adventures of a dog, the eponymous Buddy Thunderstruck, and his ferret best friend Darnell. They live in the tiny town of Greasepit where everyone loves racing and anything with a motor. The show follows the two friends as they get in silly situations around their town, such as competing with a pizza delivery team composed of beavers and swapping cars with the local sheriff to arrest people for not wearing deodorant.

To be honest, if you watch Buddy Thunderstruck, you won’t be gasping for breath between belly laughs. You’ll probably let out a few good chuckles. But the felt puppet animation and ‘80s hair metal soundtrack were enough to keep me clicking “next episode.”

Each episode is divided into two 12-minute shorts. This is a great choice for this style of show because the characters, while entertaining, are a little shallow and giving them a full 24 minutes to fill with one story would be too much pressure.

The real charm of the show comes from the side characters that pop into each episode to offer their little bits of help or harm to Buddy. It was very reminiscent of The Simpsons in that way. The local cops, Buddy’s cousin and his Aunty Uncle are some of the best secondary characters, and can be counted on to provide at least one classic one liner per episode.

The series doesn’t feature incredibly well-known actors, but if you have a specially-tuned ear you may recognize the voice of Buddy Thunderstruck as Brian Allen, who did voice work for Red Dead Redemption. The southern drawl Buddy sports is both encouraging and not at all insulting, as some southern accents can be (i.e. he never says gall dern).

I would recommend watching this show to hype you up on an early weekend morning. You don’t have to think too much while you watch it and the animation will make you believe in magic. I found myself constantly wondering how they animate the smoke from car exhaust; it’s very intriguing.

I would also recommend this show if you know anyone between the ages of 4-12 that you want to spend more time with in front of the TV. The humour level is that perfect harmony between “still actually funny” and “you won’t get in trouble if you repeat words from the show in public.” The harshest term used in the entire series is probably “fart nugget.”

Buddy Thunderstruck has something for everyone: it looks incredible, the soundtrack is great, it will make you giggle and if you fall asleep during an episode you don’t really have to go back and catch up with the narrative–it’s not that deep. Perfect for procrastinating students as we finish up courses and look forward to exam time!

New science building in the works 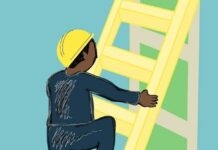 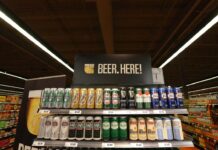 The Danger of Grocery-Store Alcohol 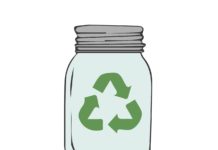