Omar Ramahi and his team at the University of Waterloo have developed a prototype to detect early stage breast tumors within minutes. The system combines artificial intelligence and harmless microwaves to make a device that will save many lives. This device takes away the dangers and side effects of using radiation to screen for tumors.

Ramahi is a Electrical and Computer Engineering Professor at UWin charge of this project. When asked about his device he said that “it will flip things upside down completely. Our technology paradigm is to have a simple, inexpensive device  that can be available at low cost clinics.”

It took 15 years and, surprisingly, less than $5,000 to build this life-saving technology. The device is essentially an examination table with a box where one breast would be hit with microwaves. These waves would then bounce back and be analyzed by the AI technology in the computer.

“Our technology is a different way of thinking. People wanted to use microwaves in the past for imaging,  but nothing has really translated into a viable clinical technology,” Ramahi said. “In the year 2001 we were doing things similar to what others were researching, using microwaves for imaging of breasts. But after a while, nothing was working, so we shifted the paradigm. We started thinking differently – we said why don’t we just use microwaves to just detect if there is a problem or not. And that’s where our work took off in a very positive direction.”

Each breast is compared for abnormalities of tissue composition by comparing them against each other. The sensitivity is such that abnormalities less than one centimeter can be detected. It even has capabilities that a mammogram does not, such as screening dense breasts.

Currently, women have to wait for months to get MRI imaging done – time during which the cancer can progress. “Typically, when a woman feels something it is a little bit late. Our goal is to test women very quickly and regularly, before anything could happen,” Ramahi said.

This would not be the only test done  to prove a diagnosis, as more tests would need to be completed following a positive result. However, this method would increase the likelihood of early   detection of early stage cancer, especially since the device itself is inexpensive and could easily become widely available.  Health care facilities could save a lot of money by using this device for screening, before following up with more expensive tests to confirm the  diagnosis .

This technology is a lot safer than other screening devices such as mammograms and MRIs. “The energy that is pumped into the female breast is less than what is pumped into my head when I talk on my cell phone. The energy is very low, and the waves are non-ionizing,” Ramahi said.

The team have started their own company – Wave Intelligence Inc. of Waterloo – with the intention of commercializing their device. The pandemic has slowed the start of patient trials, however they hope to start these trials as soon as COVID-19 restrictions will allow . Omar Ramahi has been helped by PhD students Maged Aldhaeebi, Thamer Almoneef, and Hussein Attia.

Ramahi leaves this message to the UW community: “Think bold about health issues. There is so much to do in the biomedical world. It is incredibly rewarding to think that you can help  even a single woman.” 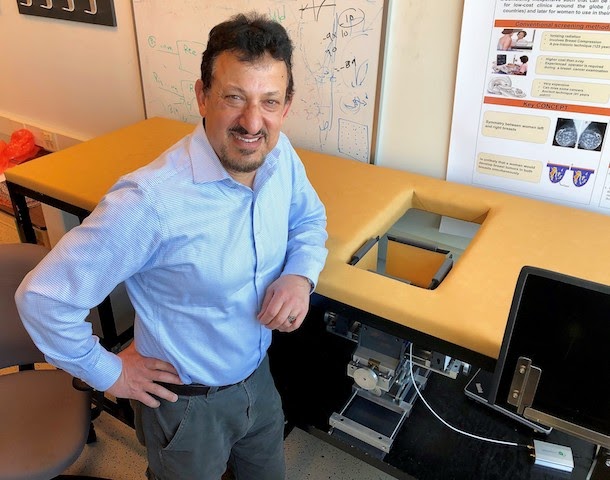 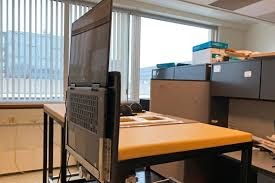 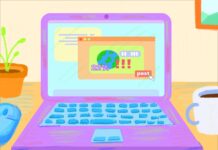 COVID-19 and the rise of Slacktivism 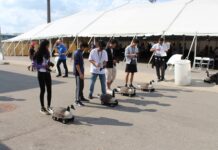