Studying for midterms may be as easy as a game of charades! Over 60 years of research suggests that acting out information can help encode it to your memory.

Brady Roberts, pursuing a PhD in cognitive neuroscience at UW, has been studying the enactment effect to better understand how the brain processes and stores information. The enactment effect proposes that performing an action related to a word can make it easier to remember compared to simply hearing or reading the word alone.

Under supervision of professors Myra Fernandes and Colin MacLeod, Roberts conducted a systematic review that compiled previous research on the enactment effect and assessed trends and factors related to it. The systematic review looked at 145 behavioural studies, seven neuroimaging studies and 31 neurological patient studies.

“While the enactment effect is well-established, there is still debate about the mechanisms underlying how it works,” Roberts said.

Findings of the meta-analysis propose the role of two main components in the enactment effect —  mentally planning to do the action and then actually performing it. “Enactment is a great example of rich multi-sensory encoding,” Roberts explained. This two-step model of encoding is thought to be responsible for the efficacy of the enactment effect.

Brain imaging studies confirm the activation of parts of the brain responsible for memory and physical movement further supporting the multimodal theory.

Surprisingly, the enactment effect is not dulled by the presence of other diseases such as Parkinson’s.“Our objective was to contextualize the enactment effect as a powerful memory strategy, and we found it can benefit people across a range of demographics and cognitive abilities,” Roberts said. “Our meta-analysis found that even Parkinson’s disease patients who struggle to execute actions can have their memory improved by enactment, possibly because their planning abilities remain intact.”

The role of the enactment effect on patients with Alzheimer’s, characterized by a loss of memory, has been studied since the late 1980s. Of the seven studies in Robert’s meta-analysis that looked at Alzheimer’s and the enactment effect, five showed significant benefits of enactment for memory. “Given the potency and ease-of-use of enactment in real-world settings, including improving memory in patients with Alzheimer’s disease, it’s an important area of research worthy of further exploration,” Roberts said.

Roberts says his grandmother is the reason he was drawn to memory encoding. “I’ve seen the real need for memory research in my own grandmother who is starting to demonstrate memory deterioration that comes with aging.”

Students and researchers alike can find value in the applications of multimodal memory encoding. By engaging various parts of the brain while studying, information can be stored and recalled effectively during midterms and tests.

The team’s meta-analysis has been published in Psychological Bulletin both online and in print. 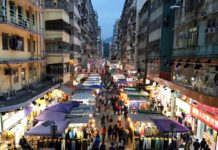 How much international co-op pays