A patron of the Toronto Public Library (TPL) has requested the Dr. Seuss book Hop on Pop be removed from shelves due to allegedly influencing children to be violent towards their fathers, according to the Toronto Star. The children’s book is one of seven on the TPL’s list of materials patrons have requested be removed from shelves in 2013. The complainant requested the TPL “issue an apology to fathers in the GTA and pay for damages resulting from the book.” The materials review committee found that the book actually tells children “not to hop on pop” and chose to retain the book in the children’s collection.

Wi-Fi may be coming to Canadian parks

Parks Canada has announced plans to install wireless Internet hotspots in up to 50 of its parks this year, and wants to triple the number in the near future according to CBC. Currently, cell phone coverage is only partial in some of its sites and non-existent in most. Parks Canada said that the cost of the service will vary depending on the location, some will be free and others, in more remote spots, will have a fee. Several provincial parks across the country already have or are experimenting with Wi-Fi; Manitoba began in 2013. Locations of access have not been released, and Parks Canada is requesting bids from contractors to install access points over the next three years.

Donald Sterling, owner of NBA’s Los Angeles Clippers, was banned from attending NBA games for life in response to an audio recording obtained by TMZ, in which he made racist comments. The audiotape was released last week and the ban announced after a three-day investigation by the NBA, according to Reuters. Sterling was also fined $2.5 million and will be prohibited from any operating role on his team. Adam Silver, the NBA commissioner, urged other team owners to vote “to force Sterling to sell the Clippers,” during a press conference. Three-quarters of the current owners would have to approve the forced sale according to the NBA constitution and bylaws.

Mines Action Canada (MAC) has said that Canada should take a “leading role” in opposing the use of high-tech warfare equipment that can fire at people without a human operator, according to the Montreal Gazette. MAC said it won’t be long before these weapons are available and said that technologies are already being developed in six countries, including China and the United States. A United Nations meeting next month in Geneva will discuss the technologies, which prompted MAC to lobby the Canadian government to take action. MAC is a global organization attempting to eliminate landmines and cluster bombs.

Why I am offended by WPIRG’s mental health campaign 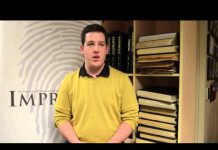