Mostafa Alizadeh and Hajar Abedr, graduate students at UW, created a sensor that uses radar technology and artificial intelligence (AI) to detect whether a pet or child has been left in a car.

According to a research paper by University of Toronto and SickKids Hospital, there have been six reported child deaths in Canada since 2013 due to children being left in hot cars.

That’s almost one per year. This occurrence of child deaths is much greater in the U.S. and is an ongoing issue worldwide.

Often, when individuals have a set routine, automatic processing occurs, where the person does not consciously pay attention to what they are doing.

An example is when someone leaves the house and drives to work, even though their intention was to go the other way to the store. Their brain is on ‘auto-pilot’ and is used to taking the same route so that, when they are not consciously thinking about it, they take that route regardless of their planned destination.

It is nearly impossible to be thinking about one’s intended plans and the actions required at all times. Leaving a child or pet in the car, as terrible as that can be, is a product of how the brain naturally functions, and generally not due to a lack of conscience.

This device is designed to provide a cue to the driver and bring their thoughts and awareness back to the task they are completing and out of this ‘auto-pilot’ mode.

The inexpensive 3x3cm device is connected to the electronic system within the vehicle and runs on the car’s battery. It is designed to affix to the car’s ceiling or rear-view mirror and has 100 per cent accuracy in detecting objects, people, and animals within the car.

Using radar technology, signals are emitted and reflected back to the device; the AI system then analyzes the reflected signals and determines whether to sound an alarm or not.

Due to the system using AI and radar technology, not cameras, it is able to maintain the driver and passenger’s privacy.

This also allows the sensor to be all encompassing, meaning it can ‘see’ past objects in order to detect life-forms.

Dr. George Shaker, a professor in the UW Engineering department and project supervisor, explains this by saying, “Unlike cameras, this device […] doesn’t have any blind spots because radar can penetrate seats, for instance, to determine if there is an infant in a rear-facing car seat.”

Whether the individual absentmindedly forgets or intentionally leaves their child or pet in the car can result in serious harm or death – especially in extreme weather conditions.

The sensor not only sounds an alarm to alert the driver, but anyone in the vicinity of the vehicle, it also inhibits the ability to lock the vehicle.

If the driver intentionally leaves the child or pet alone in the car, the device also alerts passersby that there is an issue, and this, coupled with the driver’s inability to lock the car doors, would make the driver less likely to walk away from the vehicle.

“It’s embarrassing for them to leave a car in this state, [because] everybody in the parking lot will hear,” Dr. Shaker stated.

This technology can be further researched, and possibly used to monitor the vital signs of drivers for indications of fatigue, distraction, impairment, illness or other issues. 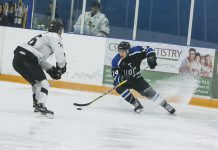 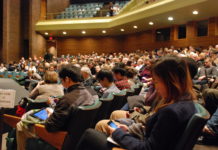 The sounds of silent disco 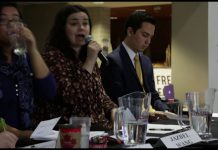