How much influence do students have on regional police’s strategic plan? 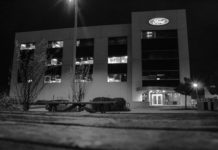