Some of the team’s success is attributed to the prestigious $50,000 golf simulator located in PAC. Used mostly by the UW golf team for practice, it is also available to staff or students looking to take a lesson,or to host alumni.

Practicing a weather-dependent sport, the UW golf team is restricted for a third of the year, like the track and field team and the baseball team. Unlike those teams, however, the simulator allows the UW golf program to practice year-round.

The golf team practices during the spring and summer seasons at nearby golf courses and driving ranges. During this time, the simulator is used approximately 10 per cent of the time, usually because of bad weather.

“We would want to go outside as much as we can,” Hollinger said. “The simulator is a great teaching tool, a great indoor, winter [tool], but you want to hit [golf balls] outside when you have a chance.”

The simulator is located behind a locked door in PAC, occupying what would otherwise be another squash court. The room is plastered with infographics for a proper swing, championship banners, and past team photos. Filled golf bags are crowded into one corner, and a small table with four chairs occupies the other. The simulator room is not only for practice, but for having fun with other teammates.

“Even though [golf] is an individual sport, it’s important to have a team concept,” Hollinger said. “The kids use the simulator room to come and do their homework, [they] come down there and they really become friendly with each other, more supportive of each other … and then they hit some golf balls. It’s really brought up a team atmosphere, which is why we’ve been very successful.”

A simulator and a golf course are two very different things, however. With the simulator, the team is given a constant, steady environment, allowing them to hit perfect balls in perfect straight lines. On the green, however, the UW golf team members have to take into account wind conditions and the cold. The simulator, therefore, is used primarily to work on golf swings. Hollinger explained, “It’s got different cameras to take pictures of [their] swing, and it’s very technical; it’s got all different types of numbers you use to perfect your golf swing.”

Every year after exams, the team travels across the border to North Carolina for a trip where they play 10 rounds of golf at some of the best courses in the world. Coincidently, the simulator has virtual courses of the same locations, so the team can practice before they go.

Hollinger also added, “[The men] are the defending Ontario champions, and we’re going to play in the Canadian championships, which are in Guelph at a course called Cutton Fields which is right on campus at the University of Guelph, [at] the end of May.” 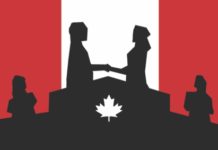 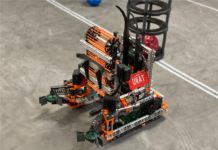