In response, Feds students’ council passed a motion at the June meeting — introduced by Deanna Darby Barton, MathSoc president and Feds student councillor representing math —  where they spell out their concerns regarding the calculator policy.

The motion notes the lack of student consultation and financial concerns while committing Feds to advocate for a greater choice of calculators. No specifics are noted on what calculators they wish to see on the approved list, with the motion asking for “those which students feel most comfortable using” and “those which many students already own.” The motion also calls for students to be able to purchase the calculators “outside of the university.”

This motion was passed despite a decision at Education Advisory Council, a committee of council which includes councillors, members-at-large, and representatives from the various societies, to table it until the July council meeting.

The Texas Instruments (TI) 30X II is to be adopted as the standard calculator for the faculty of mathematics. According to Steve Furino, associate dean of math, students from other faculties taking any courses taught by the math faculty will  also need to use the Texas Instruments calculator.

“It’s an enormous simplification if we all have the same policy,” Furino said. The two main reasons why the new calculator policy has been adopted is to address issues of time and process efficiencies, and to deal with academic integrity issues.

“Most of the advisers ought to be advising, rather than be putting pink ties on calculators,” Furino said. “There is also a problem that appears every term with the older calculators where someone has peeled off a pink tie sticker and put that sticker on a calculator that is not on the [approved] list, so we have the enforcement of academic integrity that we have to worry about.”

After speaking with MathSoc VPA Katherine Tu, past MathSoc president Tristan Potter, and Feds VPED Stephane Hamade, and finding out they had not heard anything regarding the change to the calculator policy, Barton said, “everybody was in shock … everybody was surprised how drastic this was.”

In response Furino said, “By in large this calculator policy hasn’t gone through student channels in the past. I think it’s simply a case of continuing the established practice.” However, when asked if whether or not he personally believes there should have been more student feedback collected he added, “Certainly I’m willing to listen to anything MathSoc and any of the students have to say, but as a policy that by in large was approved by this office, we would continue the established practice until the policy is approved.”

Students will be able to buy the standardized calculator, with a pink tie already engraved, from three different locations on campus: the MathSoc office in MC, Write Stuff, and the Campus Tech shop.

MathSoc will be the only location selling the calculators at cost, for $13, while Campus Tech Shop and Write Stuff will be selling them for approximately $27.

“It’s not like [the calculator] is expensive, however, it’s a calculator most students don’t like,” Barton said.

First year students in the math faculty will get a free calculator in their orientation kits, and Barton believes this raises the issue of unequal access.

“Not everybody goes to orientation, this hasn’t been put in everybody’s orientation packages for all the people that are here right now,” Barton said. “So there are people who are currently in third year who will come in September, and from what I’m reading here, this means they won’t be able to use their calculators they’ve been using for three years.”

However, when asked about the issue of equal access, Furino said, “All of the students who arrived last year already have the calculator for free from orientation or purchased it under the same arrangement that exists.” 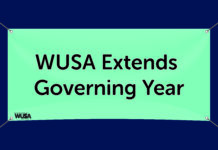 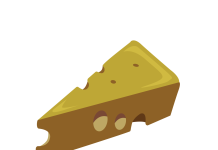 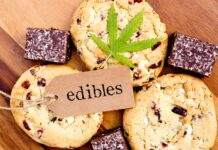