Be the editor-in-chief of your own magazine. That’s the pitch on hercampus.com: to entice undergraduates to start a chapter at their university. I worked with a couple of University of Waterloo students who officially launched a UW chapter in November.

Her Campus is an online magazine created by three Harvard students. The site aims to attract a predominantly-female undergraduate audience and has over 250 chapters for campuses across North America.

The UW chapter features articles specific to its demographic, like the best places to study on campus and songs you wish were UW’s theme song. But they’ve also published a guide to CrossFit and a breakdown of bubble tea.

The chapter was started by Savannah Pluzak and Ayla Alves, two first-years with a passion for writing. The pair applied to start the chapter before the fall term had even begun, and by November they were up and running with a small team of volunteers.

“I thought it would be a very cool way to start my first year,” said Pluzak on what prompted her to start a chapter. Alves and Pluzak were high school friends and London, Ontario natives. In just a few months, the site is averaging 2,000 page views a week.

The name may suggest it’s a feminist hub, but Alves and Pluzak say they don’t have plans to dig into any serious feminist issues.

“We want it to just be more like a fun outlet,” Pluzak said. “We definitely promote equality … It’s not an extreme [form] of feminist [sic], but it’s not not feminist.”

A big issue for the pair is community building. Both referenced a noticeable lack of school spirit moving from high school to UW and they want Her Campus to help combat that. A weekly feature of the site is “campus celebrities,” where a writer profiles someone from UW who is making an impact. Some recent “celebrities” have been a co-founder of Thalmic Labs and first-year poet, Zainab Mahdi.

Currently, they are working on holding joint events and collaborating on articles with the Laurier chapter of Her Campus, which has been around a bit longer.

Alves and Pluzak are officially known as campus correspondents, but basically act as co-editors-in-chief for the site. They proofread the articles that come in, occasionally write, and they manage a group of dedicated volunteers. But of course, being so new, they’re still looking to grow. You can find them at hercampus.com/waterloo. 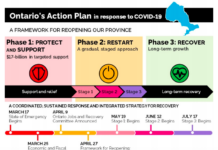 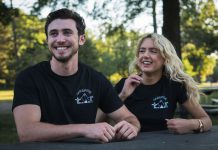