The Ontario government is expected to unveil a new reopening plan for the province, which includes phasing out proof-of-vaccination requirements and reducing or ending capacity limits in most environments.

Starting Oct. 9, the government eliminated capacity limits for cinemas, theatres, meeting spaces and venues for sports, concerts and other events. Since then, the Canadian Federation of Independent Business and the Ontario Chamber of Commerce (OCC) have questioned why these larger venues were able to open at 100 per cent capacity while smaller businesses such as restaurants and fitness studios remain restricted.

According to the Waterloo Record, a source said the province will release a plan sometime in the week of Oct. 18 with information about when capacity limits in these settings can be lifted.

However, Dr. Kieran Moore, Ontario’s chief medical officer of health, said the loosening of restrictions will occur gradually, with new phases being introduced based on regular reviews of COVID-19 data. In the article, he also said he hopes the government will wait until findings from the Thanksgiving holiday weekend are confirmed before removing restrictions.

The Waterloo Record article also mentions that Rocco Rossi, the president and CEO of the OCC, expressed appreciation for the coming announcement. However, he stated that the inconsistent treatment of different sectors was a poor choice, especially since the government did not reveal the data behind the separation.

Overall, business and government leaders have expressed a desire for increased consistency and transparency when it comes to the decisions about safety restrictions.

The removal of vaccine requirements specifically will occur through a phased approach, according to Moore, with vaccine certificates likely remaining in place for mass gatherings for the foreseeable future. 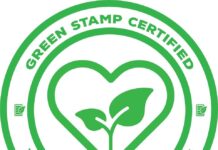