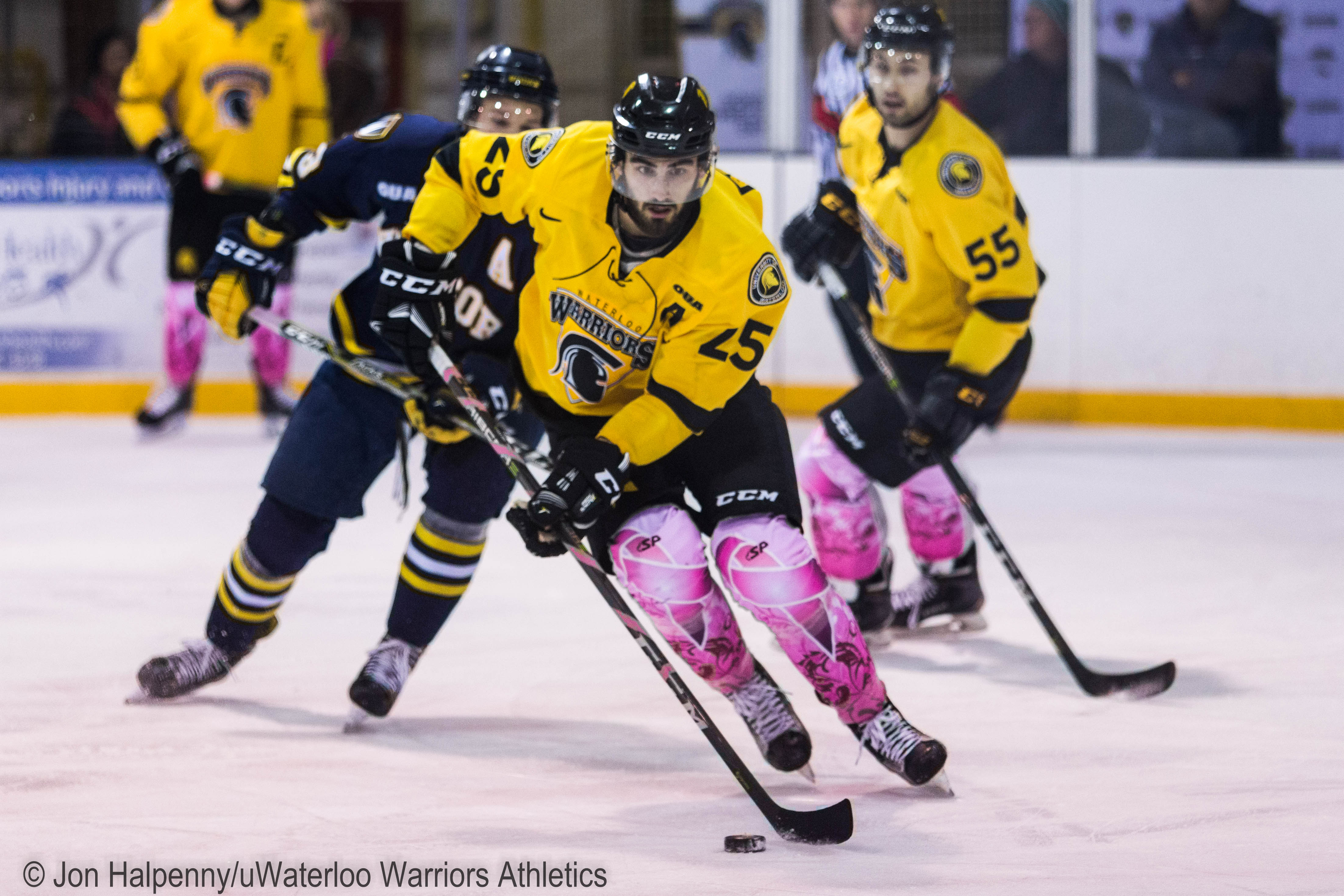 After a four-game losing streak, the overtime win on Saturday over Windsor was everything the Warriors could have hoped for.

Currently, the men’s hockey team stands at a 4-4-2 with a 0.400 win percentage, which has them in the middle of the west division.

Lakehead and Brock are shortly behind them, each with nine points while Waterloo boasts ten.

The team’s hero, defenseman Eric Diodati, scored the clutch goal of the night by batting a thousand.

It marked the first goal for Diodati after eight games this season, in addition to an assist for a two point game.

Also to thank for the victory, was goalie Mike Morrison, who stopped 25 shots and only let one slip by.

The game was fast paced; the boys had a lot to play for as Waterloo’s 10th annual Think Pink campaign was in full swing. The campaign continues through to Nov. 25. The stands were flooded with people from the community, a band played music in-between plays.

During the first period intermission, players had their heads shaved for the cause, one of those players being captain, Mike Moffat.

From the gate Waterloo had the game in their hands. It was one of their quicker games, the number of whistles blown could have been counted on one hand.

The Warriors drew first blood with a goal from Michael Morgan, and finished the period out-shooting the Lancers 15-8.

In the second, the Lancers evened out the score after recouping from the first period.

The third was open for the taking. Both teams had major chances for their squads, but no one could seal the deal.

The third belonged to the goalies, who fought tirelessly for their teams.

Afterwards, the final goal came in overtime where, after a slapshot from the point, the puck hung in the air and Diodati batted it in. In the end, it was a 2-1 win for the black and gold.

The men’s next game is on Nov. 15, where they will take on the Ryerson Rams on their home turf.

Out on a limb in Barbados 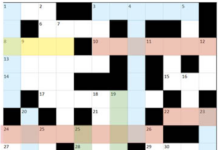