The Conservatives will form the new official opposition with 99 seats, ending nine years of conservative government under Prime Minister Stephen Harper. Harper resigned as party leader in a statement issued by the Conservative Party. He will continue to serve as MP for Calgary Heritage.

The NDP lost more than half the number of seats they held at the dissolution of parliament and their status as the official opposition, finishing the night with 44 seats. They also lost several prominent members, including environment critic Megan Leslie (Halifax) and former leadership candidates Peggy Nash (Parkdale-High Park) and Paul Dewar (Ottawa Centre).

The Bloc Québécois won 10 seats in Quebec and Green Party leader Elizabeth May was also re-elected as the only Green Party MP.

The Liberals won their majority thanks to a strong showing in Ontario and Quebec, as well as sweeping the Atlantic provinces.

Chagger and her team celebrated her win at Maxwell’s Concerts and Events. Arriving around 11 p.m. Oct. 19, she thanked everyone who helped her and later spoke about the influence students had in shaping the turnout of this election.

“Students voted in this election and their voices were heard. Keep engaged, keep involved. Let us set the agenda,” said Chagger. “I’m excited, I’m hopeful and when it comes to the University of Waterloo, I graduated with a Bachelor of Science. We have to go to evidence-based decision making, we cannot divide by ideologies and it’s important that we do the best for Canadians.”

“I came forward as a candidate in this election because I know Canada must do better. We can be a just society of equity, inclusion, and respect for all,” said Chagger during a speech to her supporters. “I consider it an honour to represent you and our community in Ottawa and I will do just that. I will remember that my job is just that. Representing the riding of Waterloo in our nation’s capital, not just representing my party in our riding.” 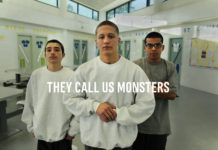 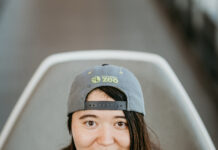