One of the many pieces in this mosaic is the Kitchener-Waterloo El-Tawhid Juma Circle – a group of progressive Muslims and spiritual seekers.

Coordinator of the Circle, Fran Pappert-Shannon, provided some insight into the community, the impact that her group has, and how students at the University of Waterloo can benefit from its existence. Pappert-Shannon is a part of a group of Muslims and spiritual seekers of all genders who practice an inclusive and compassionate form of Islam. They are gender equal and LGBTQI+ affirmative. She has been the coordinator of the group for more than a year since its inception. She was also once “Miss Fran” on CTV’s Romper Room television, a series for young children.

Islam has played an important role in Pappert-Shannon’s life, she converted to Islam ten years ago. To Pappert-Shannon, Islam is, “the strength in my backbone, the answer in my mind, and the peace in my heart. It has provided me with a way of viewing the world and existence that brings me great serenity, and offers me insights that answer the lifelong questions that used to deeply perplex me.”

These values and feelings are things she wishes to share with the community as coordinator of the Circle.

In her experiences with the Circle she comments that, “I have made deep, lasting and profound friendships with other Muslims who share my love of God, Islam, and humanity.”

As a new Muslim, Pappert-Shannon has had many experiences that have led her to be the leader of this new progressive community for those within the Islamic faith.

She believes that, “Islam, in its essence, is all about equality and respect, but the ways in which it is often practiced around the world are less than ideal. Too often, women are relegated to a secondary, inferior position, and this is not consistent with Islam or the teachings of the Prophet Muhammad.”

She takes the stance that women should not be forced to pray, “in small stuffy rooms separated from the men, where they have no direct access to their Imam. Their voices are subjugated, and they are not allowed to participate equally in the prayer service.” This belief comes from her experiences in the many mosques she has visited. She also comments that, “those who are ‘different’ are often made to feel unwelcome or unworthy.” These experiences are something that she hopes to remedy with her accepting and progressive group.

If people wanted to join the KW El-Tawhid Juma Circle, they welcome anyone who wants to join. Pappert-Shannon reaffirms this saying, “we offer a Friday prayer safe-space where diversity and inclusivity are celebrated, and where the inherent dignity of every human being, regardless of religion, gender identity, sexual orientation, race, and language or ability, is recognized as God-given.”

The group believes in gender equality in all aspects of their religion. They also take prayer into their own hands, encouraging women to lead sermon and prayer that is strictly done by men at the mosque. “We are also strongly LGBTQI+ affirmative and welcoming. We believe that Allah loves and welcomes us all, just as we are.”

Pappert-Shannon finds that the biggest benefit stemming from the organization for any existing or would-be member is, “authenticity. Members in our group can be real and authentic in their relationship, to God and to themselves. They don’t have to leave their identity at the door, for fear of someone finding out they are ‘different’, or hold ‘different’ beliefs. They can be themselves in a warm, peaceful, and supportive environment. They are free to worship their Creator in a completely comfortable manner.”

The Circle’s location is undisclosed to those who are not serious about joining the group in order to protect its members. This helps to maintain the group’s safe-space and refuge for those who have suffered any spiritual trauma. “Our prayer services are a place of healing for everyone, for those who identify as Muslim as well as those who are not Muslim, including family members, partners, allies, friends, and seekers.”

Awareness about the Circle is important to Pappert-Shannon for those in the Kitchener-Waterloo community because, “it’s important for Muslims and non-Muslims to know that there are alternatives to the traditional ways of praying and seeking God.” She invites those interested send her an email via: franpappertshannon@gmail.com, and that, “our door and warm hearts are open to you.” 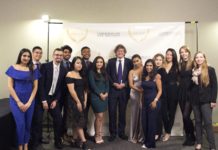 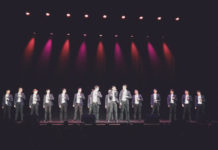 J-Law takes us on an emotional roller coaster