Police say they found two kilograms of what they believe is methamphetamine on Friday. Police arrested a Milton man after searching four addresses in the KW area. Officers said they  found another kilogram of suspected methamphetamine, a couple ounces of suspected cocaine, and a little bit of fentanyl. They also say that they found a taser, about $10,000 in cash, and three vehicles. Two Kitchener men (aged 47 and 53) were arrested in connection, along with a 53-year-old Waterloo man. The three were charged with Possession for the Purpose of Trafficking, and other offences too.

Early Saturday morning, police stopped an 18 year-old man on Highway 7. They said that he was travelling 171 km/h in a 90 km/h zone. After looking into him more, they charged him with Dangerous Operation of a Motor Vehicle, Stunt Driving, Speeding, and Novice Driver Blood Alchohol Concentration, 80 plus milligrams, above zero. They impounded his vehicle for seven days, and suspended his licence for 90 days as well. Three men were also charged because they weren’t wearing seatbelts.

A dodge pickup truck hit a hydro pole on Snyders Road East, Wilmot last Saturday. Police say the accident happened because the driver was impaired. The crash caused a hydro outage, which meant the road had to be closed for 10 hours. The 27 year-old man driving the truck was arrested and charged for driving while intoxicated. Around 2:40 a.m., emergency services arrived at the scene.

On Halloween night, a 22 year-old man was taken to the hospital with serious injuries after being hit while crossing Victoria Street. According to police who arrived on the scene, the man didn’t have the right of way. Because of the accident, the street was closed for two hours. The police say that the investigation is still on going and that charges are pending. If anyone has additional information, police want them to call the Traffic Services Unit at 519-570-9777 extension 8856.

According to police, someone called in about “suspicious people entering motor vehicles” around midnight last Tuesday. After arriving in the Brown Avenue area, police say that they charged two Cambridge people with multiple offences, including theft and trespass charges, and stolen credit card charges too. Aged 30 and 32, the man and women are still being investigated. Police urge anyone who sees suspicious activity to report it.

Police say that they found about 250 firearms, a lot of ammunition, and a grenade in a Kitchener house on Halloween. Helped out by people from the Emergency Response Team, the Waterloo Regional Police Service’s Drugs and Firearms unit say they charged a Kitchener man with Unsafe Storage. Police say they used a Criminal Code search warrant to find the guns. They think there will be more firearms-related charges, saying that the investigation is still happening. 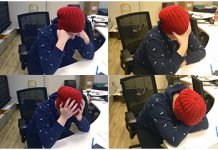 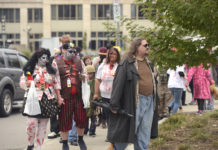