White banners in black font across posters for the one-act shows that would have constituted the UW UpStart20 Festival all read the same thing — ‘CANCELLED’.

Nevertheless, the Theatre and Performance program displayed that fiery Warrior spirt, and although the production was cancelled for public viewing, the show must go on.

I was invited to watch All Art is Quite Useless, one of the featured one-act plays that would have been in the festival.

The synopsis reads “Based on the original 1890 edition of Oscar Wilde’s The Picture of Dorian Gray, this new musical explores the first published version of a text that was later significantly edited to remove passages deemed ‘indecent’ in nature. The story

focuses on the relationships between Basil Hallward, a society painter, and a young aristocrat named Dorian Gray. When Basil presents Dorian with a painting he has created of him, Dorian despairs that the portrait will stay the same as he ages, and en- ters into a Faustian bargain to preserve his youth. Basil’s struggle parallels Wilde’s own personal struggle that ended in his arrest, after a series of trials where the first edi- tion of The Picture of Dorian Gray was used against him in court.”

Personally, I am a fan of comedic performances and shows, so I entered into this careful of my expectations of whether or not I would enjoy myself. UW students never disappoint.

The actresses are remarkably talented and professional. The y have the incredible versatility of being able to act, sing, and go right back into acting without missing a beat or messing up a line. As someone who

messes up words during in-class presentations and stumbles randomly when talking, I applaud such a perfect display of skill.

The emotion and weight that these ac- tresses carried when singing were extremely heavy and added a great deal of authenticity and dimension to their characters. Their use of pauses, and enunciation for certain words and lyrics added personification to what was being communicated. Their words were helped by their expressiveness and body-language.

It was really interesting to watch and especially to experience this type of acting live, because it seems like you can only see into it, between the costume designers, stage managers, lighting, and sound crew.

It is heartbreaking that this talent cannot be showcased for the general public.

However, if you do get a chance in the coming years, be sure to check it out. The UW Upstart festival usually runs for five days and it is all orchestrated by UW students, faculty, and alumni.

May Nemat Allah, the festival’s publicist, spoke with Imprint about UpStart and what would have been the festival’s 20th run: What makes this year different from previous years?

What makes this year different from previous years?

“This year we are exploring different themes like loss, forgiveness, self-discovery, and interpersonal relationships. All of these things make the UpStart festival really unique. We also have a lot of alumni returning to work on this festival. Our rehearsal stage managers, two of our three stage- managers were alumni of the program and they came back to work on it. One of our directors, [Michael Klein] was an alumnus, our sound designer and lighting supervisor are also alumnus, and so is the lighting designer. We have A LOT of alumni coming back in, so it’s pretty awesome and pretty intensive. Everyone’s just working on it and being a part of it, it’s fun.” 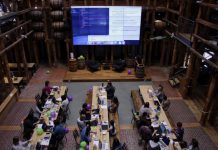 Coding from coast to coast 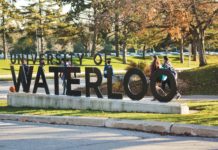