Researchers from UW found a majority of students believe they have the right to use technology in class however they please, and it’s the professor’s responsibility to motivate them not to.

Nearly half of students surveyed believe that non-course materials on other people’s laptops were distracting. Despite that, both professors and students think there are benefits to having technology in class.

Elena Neiterman, a School of Public Health and Health Studies professor stresses the importance of technology in a classroom.

“Technology makes education accessible for students with disabilities, and many instructors use online tools such as Ted Talks and YouTube videos in class,” Neiterman said. “Our students use technology to take notes — students today don’t even learn cursive in school.“

The co-authored the study, “A Mixed Blessing? Students’ and Instructors’ Perspectives about Off-task Technology use in the Academic Classroom,” along with Christine Zaza was published in the Canadian Journal for the Scholarship of the Teaching and Learning in May.

Neitermen and Zaza surveyed 478 undergraduate students and 36 instructors to draw conclusions about perceptions of technology use in class. Most students use technology to keep up with the course and lecture, but some students used their devices to catch up in courses other than the one they were attending. Many used their devices when they were bored in their lectures as well.

Instructors said off-task usage of technology hindered their ability to teach. However, students believe they were within their rights to use their devices as they please, because they are adults paying for their education.

“A ban means policing,” Neiterman said. “With larger class sizes, who is going to police students to ensure that they do not use technology?”

The study found that technology plays a major role in providing accessible education to students and is important for students who need to accommodate disabilities. 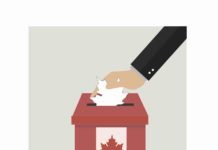 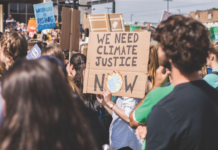