Smartphones are not built for winter, and especially not a winter like this!  Maybe it became apparent when you saw people typing with their nose, or when your friends became wary of storing their phones in cool environments.

According to Apple Guidelines, the iPhone X is designed to work until 0° C, a temperature that has not been seen since fall exams finished.  Users of the iPhone X can download the iOS 11.1.2 update to ensure that their screens don’t freeze, but other technologies require caution, quick action, and common sense.

Touchscreen phones rely on electrical current, which your body conducts naturally.  Your ski gloves however, are not as conducive to current. You can get around this issue by purchasing special gloves for phone use, using a stylus, or stitching conductive yarn onto your gloves.

Maybe you heard stories about Tesla cars going less than half as far as they would in summer, these issues apply to phones too. Phone batteries deplete faster in the cold, and may suddenly shut down. These problems are usually only temporary and if you give your phone time to warm up, it should return to normal quickly.

Finally, the cold makes your phones even more sensitive to cracks, so klutzes should be even more careful than usual.

To protect your phone, consider investing in a phone case, carrying an extra power source/charger with you in case your phone does die, and be sure to use common sense when storing your phone to not let it get too cold. 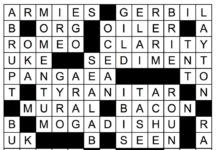