When a young woman was wrongly denied medical treatment on the basis of her sexuality, she decided to take action and create the social media platform, Queerhellth, according to the site’s founder.

The website is intended to bring members of the LGBTQ2S+ community together to share their stories of discriminatory and degrading experiences at the hands of medical professionals.

“I created a website where people can share their stories anonymously. This site is designed to help those who have no other outlet, no place where they feel comfortable sharing their experiences. It allows them to tell the world the realities of accessing healthcare as a member of the LGBTQ2S+ community,” the annonymous founder said online.

A few years ago, the woman was referred to a Toronto clinic for a transvaginal ultrasound.

At the clinic, she said she was told she wouldn’t be able to have the scan because she had never had sex with a man.

Queerhellth‘s founder said the clinic forced her to leave without receiving the medical care she was prescribed.

“In this fantasy world that the technicians were living in, only straight, sexually active women [were] entitled to know the state of their internal organs. Everyone else [could] deal with the unknown. And the fact that at least three people in that clinic alone believe this to be true tells me that this practice is more widespread than any of us care to admit,” the woman wrote.

The woman said she returned to her doctor, who claimed there was no issue since her external ultrasound came back normal.

Queerhellth‘s founder said the doctor made no attempt to help her receive the scan he initially referred her for.

The woman said she put up with her health issues for a few more years before visiting a new clinic where she received better medial care.

Unfortunately, she was referred for another ultrasound at the clinic that she said had mistreated her.

She went with hope that a new technician would perform the scan but was once again said she was refused due her status as a ‘virgin’.

The woman explained that she wasn’t straight, but was allegedly still refused.

“If you haven’t had sex with a man, we cannot do this. It’s legislation,” the technician said, according to the founder.

When she asked to speak to the manager, the woman said the technician returned with a proposal: she could either insert the probe herself or have the exam performed rectally.

There was no medical reason for her to be refused a transvaginal ultrasound, she said, and it is not legislation either.

This is because there is no cognizable difference between a body that has or hasn’t had vaginal sex.

“The word ⁣⁣⁣‘virgin’ has no place in medicine and healthcare professionals need to understand that. ⁣⁣⁣Any medical procedure that requires the individual to have had penile-vaginal sex disproportionately affects the queer community,” the woman tweeted.

The woman said she  was eventually able to find another clinic that would properly perform the ultrasound, but the humiliation of her encounters stayed with her.

She proceeded to write to the Human Rights Tribunal of Ontario. Within a few months, a mediation session with the clinic was arranged and her case was settled.

The woman said she was eventually diagnosed with endometriosis—a diagnosis that took 16 years.

She finally had access to the healthcare she needed, but knew there were others who had been mistreated just as she was. This realization led to the creation of Queerhellth.

“I believe this is an important issue for young people who may not have the experience or knowledge with the medical profession to know how to deal with being denied healthcare,” the woman said. “Women and girls lose so much study time to undiagnosed menstrual issues, which can have a huge impact on the rest of their life.”

The site also features information about endometriosis, a debilitating condition among women that is extremely under-diagnosed.

The average woman with endometriosis takes eight years to be diagnosed.

“I hope that by empowering individuals to share their personal experiences and making these stories public, we can work toward building a healthcare system that’s accessible to all.”

The future of BlackBerry 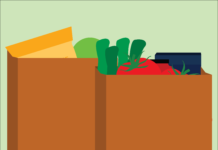