On Tuesday, Jan. 27, 2021, the Racial Advocacy for Inclusion, Solidarity & Equity (RAISE) WUSA-run service, held their first event of the term: Climate Justice is Racial Justice. However, despite months of planning ahead of the event, the webinar was hacked and began displaying inappropriate images and racist language.

“This webinar was hosted in collaboration with the ESS [Environment Student Society] and FFUW [Fossil Free University of Waterloo] to raise awareness about the intersections between climate justice and racial justice. With three different speakers, the event tackled three different areas of environmental-racial issues: current global statistics, the effects of colonization, and Indigenous sovereignty. During our first speaker’s presentation, an unknown user took over the shared screen, in which they had opened a drawing application… seconds later, the chat box was flooded with a user sending the full N-word repeatedly,” RAISE said.

According to RAISE, immediate action was taken to secure the webinar and prevent other foreign participants from disrupting the event.

“Our host immediately stepped in and disabled the chat box and blocked new participants. We also secured the screen sharing to block attendees from taking over. Before moving on, we briefly apologized to the attendees and stated that no one was obligated to stay if they felt uncomfortable. The full webinar was posted on YouTube (sans offensive images) for full accessibility,” RAISE said.

Both RAISE and WUSA stated their belief that the individuals responsible should be held accountable for their actions and face suspension or expulsion , as well as calling for the university to take steps to respond and address the racism that was present at the event.

“Much of the action that the university has taken towards racial equity is symbolic and minimal. UW needs to take more concrete actions for racial equity that don’t put the bulk of the work onto unpaid and racialized students. The work should be done by the paid professionals that the university hires, in consultation with RAISE and the student body. If the university is not willing to invest resources into equity work, racism will continue to affect students and these incidents will continue to be the norm,” RAISE said.

Both RAISE and WUSA have opened up their services to support students and UW members who were impacted during the event. These services include peer support and other resources from Campus Wellness.

According to RAISE, this is not the first time this has occurred. A similar incident also happened last year during an event. However, RAISE stated that they will do everything in their power to support the UW community, and will continue to condemn racism in the UW community.

“RAISE itself cannot do anything to stop white supremacists since we are a small organization of racialized students focused on supporting our fellow racialized students. We are constantly working on new ways to connect with them, especially during the pandemic, through our peer support hours, our recently launched Mentorship Program, and our weekly online contest ’1-800-IRL.’ We are not a large-scale organization with plentiful resources, nor are we a news outlet obligated to respond to every issue,” RAISE said. 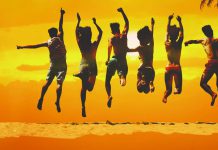