Approaching the All-Star break, we can say we’ve captured a true glimpse of what the 2019-20 Toronto Raptors are about.

There is no doubt, despite what the critics and analysts have said, that the Raptors are “for real”, and as we approach the middle of the season, the team representing the North has caught fire.

On Jan. 15, the Raptors defeated the Oklahoma City Thunder in what would become the first of a 15-game winning streak.

To be fair, during this streak the Raptors have defeated only four teams with winning records: Philadelphia, Indiana, San Antonio, and Oklahoma City.

Regardless, the Raptors have caught fire, showing that Toronto is not a team to be taken lightly, as they have managed to put away most teams with ease

At 15 games and counting, the Raptors are currently in the midst of the longest winning streak by any professional sports team in Toronto’s history.

With this being their easiest stretch of the season, the Raptors have taken full advantage, giving them a solid grip on the second seed in the Eastern Conference.

As we approach the All-Star break, there’s no doubt that the Raptors are in a good place.

Entering the 2019-20 season, Raptors fans knew that success in year 25 would revolve around Pascal Siakam.

It’s simple, if the Raptors wanted to achieve success, Siakam would have to play at an All-Star level—and he has, being honoured as a starter in this year’s NBA All-Star Game.

It’s an achievement that has been well earned by the reigning Most Improved Player.

This season, Siakam is averaging 23.4 points per game, along with 7.8 rebounds and 3.4 assists.

He’s also shooting 80.3 per cent from the free throw line and 35.4 per cent from three. Simply put, he is having a dominant season filling in the void left by Kawhi Leonard.

From five-time to six-time NBA All-Star, Kyle Lowry has once again taken a huge leap, seemingly playing the best basketball of his career.

North Philly’s finest is currently averaging 19.6 points per game, along with 4.5 rebounds and 7.4 assists. Lowry is also shooting 86 per cent from the free throw line and 34.9 per cent from three.

Although it’s his 15th season, Lowry seems to have finally started becoming a true impact player.

Unlike in previous years, Lowry has developed the identity of being a closer, as on any given night he can be trusted to be the number-one option.

In addition to his hustle and ability to make his teammates better, Lowry still truly is one of the premier guards in the NBA.

The Feb. 6 NBA trade deadline came and went without the Raptors making a single deal, and honestly, it’s not surprising.

Four months ago, many believed that Masai Ujiri was planning to make a big move this season, either to land another star or acquire a piece for the future.

What many did not believe is that the Raptors team that started the 2019-20 would be one of the hottest teams in the league by the time the trade deadline rolled around.

Once again, the Raptors organization has organically built a roster of strong young talent, combined with savy veterans that is competing at a high level in the Eastern Conference.

In some way, every single player has taken multiple steps forward in progressing their game.

In addition to Siakam, and Lowry, we’ve seen growth from Fred VanVleet, who was in All-Star conversation; Serge Ibaka, who’s having a great year shooting and protecting the rim and even Powell, who’s having his best statistical year across all categories.

All of this combined with the solid bench play of Terence Davis Jr., Rondae Hollis-Jefferson, Chris Boucher, and even Oshae Brissett, make it hard to picture how this current roster can be improved. There’s no question the current roster is Toronto’s best chance at maximizing success this season.

After the trade deadline, the Eastern Conference remains the same—almost.

The Miami Heat acquired Andre Igoudala and Jae Crowder from the Memphis Grizzlies, in a move some say elevates the Heat to “contender” status in the East.

However, looking at the Heat, they are now built similarly to the Raptors, as they are a team full of young talent, led by a few experienced vets and two all-stars.

Despite the hype in South Beach, Toronto fans should sleep easy since Toronto will be able to compete with and possibly take down the Heat the rest of this season.

Art and science at play in the MakerSpace 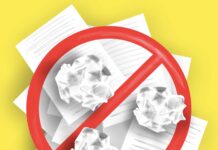 Open letter to my professor who won’t budge for mental health...