The Warriors Women’s basketball team finished the fall term with a 7-1 record in the OUA season — the best record at the break in program history, according to Dan Ackerman, UW Athletics Communications and Game Day Coordinator.

The Warriors started off the pre-season by winning both exhibition matches. The first of the two games ended with a 31-point lead over Humber College and a final score of 93-62. In the second game, the Warriors beat the University of Toronto by seven points.

After winning against U of T’s Varsity Blues in the pre-season, the Warriors headed into the Naismith Classic held at UW. Of their three games, the women won two, losing to Guelph. Guelph is currently the only team with more wins than Waterloo in the OUA West, with an 8-0 record heading into the break.

Although they could not defend the Naismith title, which they won in 2021 and lost in the Tindall tournament, the Warriors resurged with great confidence.

The last pre-season games occurred at York University, where the Warriors emerged victorious with a 25-point lead, winning 62-47. The matchup against York was a show of skill for many players, with Summer Pahl of the Warriors scoring 17 points and getting 10 rebounds.

Overall, the pre-season previewed what was to come for the remainder of the term, demonstrating the Warriors’ strength this year.

However, winning against the Lakehead Thunderwolves with a 34-point margin in the first game of the OUA season was the show of force that cemented the Warriors as a strong team. Vanessa Hughes contributed 23 points against Lakehead — the most of anyone on the team.  This victory became the first of five consecutive wins.

The Warriors followed up their win against Lakehead with a three-point victory over Toronto Metropolitan University. UW’s win against TMU was supported by Hughes, who scored 28 points.

In their third game of the season, the Warriors beat the University of Windsor by six points in a game where Kailyn Overeem took a double-double with 12 rebounds and 22 points.

The fourth consecutive win was a thrilling 31-point victory over the Brock University Badgers, where Overeem and Hughes scored a combined 28 points, bringing Waterloo to a 78-47 win.

The last win in the five-game run was the biggest of the season thus far. The Warriors defeated Ontario Tech University 84-42, doubling their score. Pahl got a double-double with 14 rebounds and 16 points against Ontario Tech, while Hughes contributed 18 points, and Jaime Newell took 11 rebounds, which ultimately helped possession.

The only defeat for the Warriors in the OUA season came against the Queen’s University Gaels, an undefeated team in the East with a 10-0 record this season. The Warriors lost by only a seven-point margin, with Hughes scoring 28 points — the most of any player. Although Pahl took another double-double, stopping the Gaels’ Julia Chadwick was not enough. Chadwick scored 19 points and grabbed 12 rebounds, helping her team for 33 of the 40 minutes and securing the win for her team.

The Warriors took to Sudbury and North Bay this past weekend to face the Laurentian University Voyageurs and the Nipissing University Lakers, respectively. The Warriors won both games away from home, bringing their season record to 7-1.

On Dec. 2 against the Voyageurs, the Warriors won 67-55, with Hughes and Overeem scoring a combined 30 points. Newell took 13 rebounds, helping the Warriors regain a winning streak.

The following day, the Warriors beat the Lakers 65-57, with Maddy Adams getting her double-double for the team. Thanks to Adams’ contribution of 11 rebounds and 10 points and a strong performance by Overeem and Hughes, the Warriors were an unstoppable force.

The women’s team still has 14 games in the OUA season and will face the Carleton University Ravens and the University of Ottawa Gee-Gee’s on Jan. 6 and Jan. 7, respectively. Currently second in the standings, the Warriors will hopefully finish at the top of their division, given the impressive performance this season. 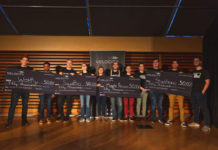 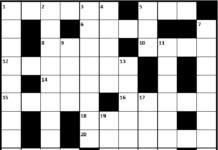