Ethical Collaboration was conceived as a part of the Palestine Solidarity Action Group  in 2014, which condemns the State of Israel for their occupation in Palestine and supports the separation along with many other campus organizations.

Campaigning is scheduled from Jan. 10 to 25.

“These are institutions that we have found through our research are either actively or passively involved in human rights injustices,” explained Mahdi. “Thousands of Palestinian students are prevented from reaching their schools because of Israeli checkpoints and roadblocks.”

A majority of the relationships Waterloo shares with these schools have been heavily academic, primarily collaborating on research or operating exchange programs. However, over time many of these exchange programs have ended, with only a handful still available.

Nick Manning, the director of media relations and issues management, explained that a majority of our relationships with these institutions have lapsed: “Technion is really the primary relationship we have done research with.”

Just last March, the University of Waterloo announced that it had formed a relationship with Technion, funded by the Gerald Schwartz and Heather Reisman Foundation, to conduct research in water, quantum information sciences and nanotechnology.

In a press release with the university, UW president Feridun Hamdullahpur announced that “as two of the world’s top innovation universities, the University of Waterloo and Technion are natural partners.”

If so, how will an academic boycott affect a relationship considered to be natural?

This push from Ethical Collaboration marks one of the first times Waterloo students have advocated so strongly for an academic boycott.

“I’m not aware that the university has ever been faced with a decision, or with a call by students to this nature,” explained Manning. “It is worth remembering that the University of Waterloo places a priority on finding universities that share our values of freedom of expression, integrity, and academic freedom to advance knowledge creation in the world.”

When asked what statement or action the university will take towards the institutions in Israel, Manning explained, “It is a little too early to say.” He continued, “We will be discussing with the Federation of Students what the outcome of that referendum is to speculate on what we might say or do given the outcome of the referendum.”

The boycott being proposed by Waterloo students has been described as primarily academic. However, Ethical Collaboration is a part of a larger movement called the Boycott, Divestment and Sanctions movement, which focuses on boycotting, divesting, and sanctioning the State of Israel for their occupation in Palestine.

“We kind of chose to do an academic boycott. There are a lot of institutions who have taken other routes,” said Mahdi.

McMaster University voted in favour of the movement in 2014, but did not meet quorum, thus the results were non-binding. In 2015, they re-voted, at quorum, in support of the movement.

Other universities that have voted in favour of the movement are York University and the University of Windsor. York University students urged the university to withdraw investments from companies that were selling weapons and military equipment to Israel.

Mahdi said that Ethical Collaboration has received a lot of support, particularly after attaining 4,000 signatures.

“It just shows that the University of Waterloo students are conscientious and care about the campus community and the international community at large.”

She continued, describing the lack of opposition Ethical Collaboration has seen thus far.

“We haven’t received much criticism,” explained Mahdi, “I think in terms of any criticism that we have received, we have been trying to counteract that.… We have answered as many questions as we have gotten and I think that has dispelled a lot of feedback we have gotten.”

Students will be able to vote during a referendum Jan. 27. 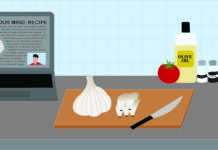