Imagine seeing a toddler — about two years old — on the street, alone.

Her parents aren’t paying her any attention, although her big brother keeps glancing back at her with concern.

What’s the first thought that runs through your head?

Oh, that poor, abused child. How could her parents just leave her?

Writing it down it seems so much more dramatic than it happened.

Yes, I am that child, but no, I was never abused, that was just the Indian way — which I think extends to all Desis.

It was a small town, the-know-everybody-who-lives-there type, and I, being a stubborn child, wanted to get a toy from a vendor on the street.

In earnest, I have no recollection of the memory. But my mother always chuckles when she tells that story. The man at the shop was my father’s friend and I think he was a few minutes away from just giving the toy to me for free.

There was no malice in my mother’s heart, she simply had the goal of refusing me. The story is meant to remind me of the time that my mother taught me the importance of saying no.

Like many parents that I’ve seen these days, she could have easily given in to the inevitable tantrum that I am sure I threw after she refused to buy me that toy.

Instead, she chose to literally leave me there and let me sit in the wake of her refusal, ignoring me until I calmed down and was no longer fixated on that toy.

Now, as a child, I’m sure I was pissed, but every time I hear this story all I can think is respect. We all want our parents to give us whatever we want, whenever we want but think about the harm that refusing to say “no” actually does.

We see it with kids most often. I’m sorry but I don’t want to deal with your little brat acting like he can do anything he wants – including (but not limited to) knocking over display cases, screaming, and being rude to the cashier – just because you can’t say no to him.

Think about the way that you were raised. If you’re Desi, it’s very likely that you can relate to my abandoned-on-the-road incident. There were a lot of restrictions on what I could, and couldn’t do, which made me work harder to get what I wanted. I can’t even imagine a reality where I could act however the hell I wanted without consequences. It wasn’t as easy at pointing to something I wanted and having it handed to me. Initially most Desi kids heard a “no” because of cost, then it became: “you already have something like that.”

It didn’t seem like we could catch a break even then.

But I’d like to thank my mother for my argumentation skills because they’ve been developed from the multiple years of hard work squabbling with her.

Not only has the normalization of no made us better arguers, but it’s also taught us that no is not an ugly or taboo word. It’s just another word, and we have the right to invoke it, no matter the reason.

Saying no is not a privilege, it is a right.

Obviously, you can’t just blow off work because you feel like it, but if you don’t want to go to a work social, you can say no.

Because of my acclimatization to the word, I can honestly say I live a less of a stressful life that a university student can.

Especially with our generations pressure to be on 24/7, 365 days a year, it’s almost an audible relief to realize that you are allowed to say no sometimes.

If you needed just one reason to believe how important it is to normalize no let it be this: we need failure.

As somebody who has received a lot of rejection in her life – I’m in co-op so I’ve got stories – I can say that to succeed we need to fall flat on our face sometimes.

Not only is it a humbling experience, but it allows us to find in ourselves strength that we didn’t know we had.

Hearing no from a young age can do one of two things: make you immune to the hurt of no or prepare you for no in the best possible way.

Failure can come in many forms but hearing a flat-out rejection is direct and can devastate somebody. Hearing that from childhood, however, can make us immune to the negative effects of the word and develop a really thick skin. Or it can mean that we will feel the failure of the no, but we’ll have strategies to cope with it.

Never hearing no and then going into a state of hearing it constantly as a young adult is going to screw these kids who only know yes, over so hard because they are going to be so emotionally unequipped to deal with any form of rejection.

Isn’t it true that the more you experience something, the more accustomed to it you become? I can guarantee you that a kid that has heard no and faced rejection 40-50 times is going to succeed significantly better than a kid that has never had that experience because that rejected kid knows how to fight back and win.

No rejected kid is ready to up and give up his first time facing rejection because his silver platter has rusted.

You are not the centre of the universe and the universe is going to remind you of that every so often. Learn to work through it.

I will leave you all with this: as a young person there is such a pressure to live up to the expectations of what others want to see of me.

It seems like there’s always another level of life that we’re told we haven’t unlocked yet.

What the hell does that even mean?

And why is it assumed that our lives are linear, that we will all live and work and die as one?

It is assumed that we are so monotonous that this blanket advice can be given to us. 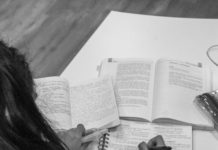 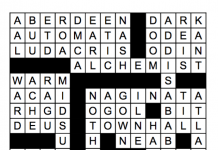