Playing sports is largely beneficial for overall health, including physical and mental. However, there are associated risks as well, the most common of which being injuries. Although most injuries can be treated, how you treat them matters since mediocre care may result in career-ending consequences.

Injuries that occur while playing sports may be caused by accidents or substandard training applications, like skipping warm ups and using unsuitable gear. A research study published in 2018 by University of Washington associate professor, Dr. Cindy Lin, found that the most common sports injuries include bone stress injuries (BSIs), anterior cruciate ligament (ACL) injuries and concussions. Others arise in soft tissues like muscles, cartilage, tendons and ligaments. These injuries are usually muscle sprains and strains, knee injuries, achilles tendon injuries, pain along the shin bone, fractures and dislocations.

According to research conducted by the University of Oslo in Norway, ACL injuries tend to be the most common among those who engage in pivoting sports, such as football, basketball and handball. In the past, it was expected that those who sustain an ACL injury would be unable to return to sports, however, there have been major improvements in surgical techniques and rehabilitation programs since then.

Fortunately, most acute injuries can be treated at home. If you do happen to sustain an acute injury, the first steps should be RICE — rest, ice, compression and elevation. Continue doing this for the next 48 to 72 hours after getting injured.

During this time, you should also keep the injured area wrapped with an elastic bandage. If you’re experiencing pain, consider taking an over-the-counter anti-inflammatory painkiller such as Tylenol or Advil.

In the first three days following a sports injury, don’t apply heat to the area. While it may feel soothing, heat increases circulation and can worsen swelling.

After three days to a week, the swelling should go down and you can start applying heat packs and ice packs on an alternative basis. This is when you should also start lightly stretching that area once again — don’t push yourself to the point of pain, but try to gradually increase its movement every day.

In the months following your injury, continue to stretch and exercise the injured area, even after your symptoms have subsided. A muscle that’s been injured once is more vulnerable to additional injuries.

When an injury causes intense bruising, bleeding or a clear abnormality, reach out to a healthcare professional. Giving doctors as much detail as possible about what led up to the injury will ensure better care.

The best way to avoid taking time off from sports due to injuries is to prevent them from happening. Dr. Andrew John Cosgarea at John Hopkins Medical specified several guidelines to help prevent general sports injuries. He mentioned that athletes should be setting realistic athletic goals, keeping a game plan when trying anything new, warming up before playing a sport, taking  time to acclimatize to the game and listening to their body.

Setting an obtainable goal will prevent an athlete from pushing themselves too much, which could result in overuse injuries. It is also essential that, while playing sports, players listen to their body — if they feel too tired, it is likely that they need rest.

Research shows that warming up and stretching before a sport can prevent injuries since a warm muscle is less likely to be strained. However, this study is based on insubstantial clinical evidence. Based on a meta-analysis of various studies that focused on the effects of warm-ups on athletic performance and injury prevention, 79 per cent found that performance improved after warm-ups while 17 per cent found that warming up before athletic activity negatively impacted the athlete and their performance. Study reviews indicate that the amount of evidence present to promote warm-up is insufficient, but of those that have been conducted the majority show that warming up prevents injury while playing a sport. 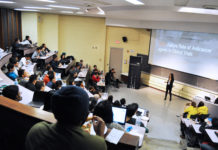 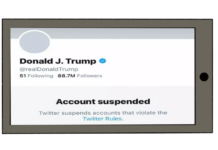