Welcome to date night. Date night is the extravagant special reporting of adventures in romance by yours truly.

Let’s meet our contestants. In one corner, bringing a cosmopolitan fashion sense like no other, flying in from Ottawa purely to kick butt and eat food, the fiend from the East (and the West), it’s Spiders (not her real name).

In the other corner, weighing in at none of your business, possessing a palate with deft precision and witty appeal, a hunk of AAA Alberta Beef, it’s Cy-Guy!

The night kicked off with a frazzled rendezvous courtesy of Uptown Waterloo’s diverging Ion LRT line.

After some romantic eye-gazing next to Uptown’s travel-sized skating rink, we made our way to the trendy chemical engineering paradise known as Abe Erb.

We were seated by our stylishly moustached server amongst stirred-tank batch reactors, temperature controllers, and more piping than you could shake a slide-rule at.

The ambiance was pleasantly warm and incandescently lit, offering much-needed refuge from the chilly night air.

A raucous atmosphere, complete with hockey lingo (“get after it, bud”), cheerful laughter, and more moustaches, blanketed the space comfortingly.

We were served with slightly dishevelled beer menus, which, it should be noted, are reprinted daily to accommodate for the rapidly changing beer selections offered.

The pear cider was yummy from start to finish and was served in an appropriately pear-shaped tulip glass.

The Spritzhaus offered a delectable fruity flavour, which strangely perfused my nose instead of my palate. Next time I’ll try it in a Neti pot.

The Coffee Pale Ale was a unique curveball with a stratified flavour profile. A 70 per cent- 30 per cent split was noted with the taste and aroma of cold old coffee grounds on the top and beer on the bottom.

While the morose coffee flavour provided nostalgia from my last degree, the two flavours didn’t synergize and were clearly headed for a rough patch in their relationship. I tried to calm them down, but they turned on me, erupting in a bombastic coffee belch.

My date, unimpressed with my conflict resolution skills, turned to the food menu. We ordered the Cauliflower Wings with Pineapple Abenater sauce ($13.50), the Soft Pretzel ($10.00), and the Seasonal Cherry Pie ($8.00) for dessert.

Now my date had the chance to partake in every young woman’s ultimate fantasy: eating food in front of a man in a romantic setting. With the elegance of a Las Vegas magician, she employed sleight of hand to distract me time and time again, while morsels of food gradually disappeared from the plate between us. To this day, I have no idea whether they evaporated, were eaten, or were never there, to begin with.

When I wasn’t being hoodwinked, I had the chance to interview my palate’s potential suitors.

The Cauliflower Wings were of succulent size, firm, robust, and meaty. The hot sauce tasted of food-processed habanero with an innocent pineapple sweetness to soften the blow.

The heat was at a great level and built up with each subsequent bite. Unfortunately, there were only a select few wings in attendance, not enough to satiate my appetite.

The pretzel was presented on a wooden plank, featuring a solid outer shell, wonderful temperature, and an excellently shareable size.

Upon opening-up during questioning, the pretzel revealed itself to be a bit of an airhead, with a texture that could have been a bit denser for a more satisfying bite. Backing up the pretzel were three mustards: Dijon, honey, and potentially Costco. The Dijon had a fantastically aggressive flavour profile, but the honey mustard sweet-talked my palate perfectly, stealing the show.

The Seasonal Cherry Pie gave me the cold shoulder, literally, as it was served at the temperature of my kitchen freezer. Its partially crystallized filling provided all the texture and romanticism of a snowdrift.

It is well known in gastronomy that reducing the temperature of a given food item will dull its flavour. In this case, while the pie was suitably sweet, it wasn’t very easy to gauge how sweet it actually was due to this temperature effect.

In the middle of our interview, the cherry pie engaged in a woeful faux pas by presenting a maraschino cherry still containing a pit.

A great dark chocolate sauce was not enough to save this date, and my palate quickly vacated, muttering that it was its dog’s birthday.

The service at Abe Erb is definitely worth mentioning. Our server quickly discerned the purpose of our visit and treated us accordingly.

For the most part, he left us alone to our romantic eye-gazing, only appearing sparingly when required and immediately departing with a courteous quiver of his moustache.

Our server confided that he would be able to split any bill any number of ways, a feat some establishments seem to still struggle within this day and age.

All things considered, Abe Erb is a great spot in Uptown Waterloo to get together. The food, service, and ambiance are fantastic for almost any occasion.

As for the rest of my date, that’s for me to know and you to speculate. You’re really just here for the food reviews anyways.

Special thanks to Spiders for her help with this review.

A Note about Ratings: the Dateworthiness rating is different from our typical restaurant rating, which is based on food taste, texture, amount, price, service, and atmosphere.

The Dateworthiness rating takes into account different criteria including the presence of shareables, ability of the bill to be split, no-hassle service, romantic atmosphere, and unique appeal to either contender to determine the worthiness of an establishment for dates. 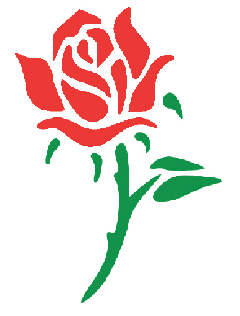 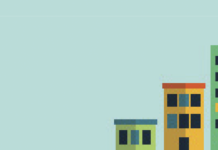 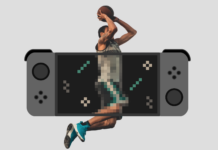