Cuphead is difficult. For someone who is not an experienced gamer or prefers games to blow through with ease, there is a good chance they will hate Cuphead. Looking at the art style; this 2-D run ‘n gun seems like a child’s game, but it’s difficulty has been compared to that of Dark Souls. For comparison’s sake, the average player dies 4,725 times per playthrough of Dark Souls.

The story behind Cuphead is pretty simple: fight bosses and collect their souls, so the devil won’t take yours. The range of gameplay is wide, but remains basic. Regardless, the difficulty in Cuphead is the never-ending barrage that must be avoided while continually landing shots on a boss. Focusing on avoiding obstacles, while daunting, is not all that difficult — but simultaneously dealing damage to whatever the player is fighting? That’s a challenge!

The best aspect of the game is the couch co-op. Grabbing a friend and playing through this gruelling game is a treat for those who are up to the challenge. Playing this with a friend makes every loss less sour, and every win even more emphatic. In co-op play the user is able to revive their teammate, if they’re fast enough, leading to triumphant victories.

The whole concept of Cuphead is patterns; a player must first learn the patterns of the level before they can beat it, and learning these patterns is a lengthy struggle. When playing a level for the first time it is not uncommon to be hit with something that the player could have never seen coming, but the idea of Cuphead’s play is to remember it next time so the level can be successfully beaten. This concept of learning patterns to be able to advance was crucial when games were first being made, and it’s evident in a game like the first Castlevania.

It really is the small things that make Cuphead such an amazing game. The secrets on the mini-map, the subtle nods to other games like Street Fighter — all these things make up one stellar experience.

My professors and I 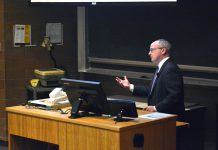 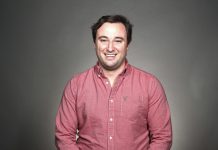 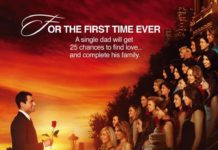 Can someone tell me why I still love The Bachelor?