The play East of Berlin, performed at the Kitchener-Waterloo Little Theatre (KWLT), is a depiction of how a father’s war crimes affect his child’s life after the completion of the war.

Based on the book written by Hannah Moscovitch, East of Berlin follows the story of Rudi, a German man who struggles to come to terms with the discovery of his father’s acts as a Nazi SS doctor, what he does to cope with the realization, and his attempt to cover it up.

East of Berlin focuses on the idea of trying to do the right thing when shame is your motivation.

The play contains weighty subject matter, but it incorporates dry humour and is often explicitly vulgar, surprising the audience on several occasions and holding the audience’s attention throughout.

The majority of the performance is a monologue from Rudi’s character, performed by Greg Allen, who has appeared in multiple KWLT productions.

Rudi offers his inner dialogue to the audience, often asking for direction or reassurance that he is doing the right thing.

This direct speech to the audience makes it very compelling, and at times difficult to watch during scenes in which he makes direct eye contact and yells at audience members.

The monologue is interesting to watch at the start, but Rudi’s choices make him difficult to sympathize with, and it eventually becomes tiresome.

Accompanying Rudi is his childhood friend Hermann, played by Matt Mustin, who plays a pivotal role in Rudi’s discovery of his father and creates the circumstances for the final act.

The last character in the production is Rudi’s girlfriend Sarah—portrayed by Christine Di Rosa—leads Rudi to lie about his father’s past and gets close to her. The relationship between Sarah and Rudi establishes what kind of person he is based on his choices throughout their time together.

The play is a great character study of how one would act when burdened with shame, and the lengths one would go to cover it up. The story is compelling, offering an intriguing take on tragedy that is not often told.

The acting is well done, with Greg Allen giving a very believable performance. Because the subject matter is so dark, there are often long stretches of silence when the actors are grasping a situation or taking in their setting.

There is one set throughout the entire production, but it still feels as though they are moving from scene to scene and that the performance is progressing while still allowing Rudi to continue with his monologue.

It switches between his monologue and the dialogue between him and the other two characters, and this allows the audience to understand Rudi’s inner dialogue and his thought process during his relationship with Sarah and with Hermann.

His relationship with Hermann is also very telling of who Rudi is as a person, and how he treats Hermann lets the audience see what his priorities are.

The performance overall is fascinating to watch.

Seeing live theatre is especially exciting in a small theatre such as KWLT.

East of Berlin is a very compelling performance that keeps the audience on their toes with anintense subject, told in a way that amalgamates humour and intrigue.

Catch the play running at the KWLT from Feb 13-15. 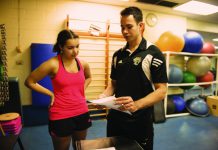 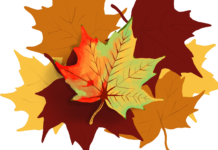 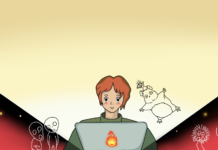