The wizarding world and all its fans came alive with the release of Fantastic Beasts and Where to Find Them.

The release of Harry Potter and the Deathly Hallows – Part 2 in 2011 had fans mourning the end of the franchise that had defined their childhood for so long. Then there was The Cursed Child, which really did no fan any justice. Now, fans have this golden gift from creator J.K. Rowling herself. Released on Nov. 18, Fantastic Beasts and Where to Find Them grossed $75 million dollars in its opening weekend, and once you see it you will know why.

Fantastic Beasts and Where to Find Them takes place in 1926, and follows Newt Scamander (Eddie Redmayne), who has just finished a journey across the world, finding and documenting as many magical creatures as he could. Newt arrives in New York where, after a series of comical incidents, his suitcase full of magical creatures is opened, setting some of the creatures loose in the big city. Newt and his unlikely group of friends track the creatures down and stop a series of attacks taking place in New York because of dark magical forces.

The movie had countless references to the Harry Potter universe that begins 70 years later. First up, the great man himself: Dumbledore. Turns out Dumbledore took a liking to Newt while he was at Hogwarts and stood up for him when Newt was expelled.
Dumbledore’s past was explored in the last Harry Potter novel and is brought up in this movie with the introductions of Gellert Grindelwald, Dumbledore’s childhood friend turned bad (think beginnings of Lord Voldemort).
We are also introduced to a concept where young witches and wizards who suppress their abilities have their powers burst out of them in a dark force called an “obscurial.” The description in Harry Potter and The Deathly Hallows of Dumbledore’s sister, Ariana, seems to fit this concept, which left me wondering if that is what she turned into; if she is what Grindelwald came looking for in the U.S.

The Lestrange family is brought up in the movie and there are allusions of this family being “bad” before Bellatrix’s time. It is also confirmed that a Lestrange, Leta, to be exact, will be starring in the next film.

There are also references to Hogwarts house colours in Newt’s attire, Quidditch in some of the jokes made, and the rivalry between Hogwarts and Ilvermorny, which I suspected the moment J.K. Rowling announced that there is an American school.
There are mentions of the Deathly Hallows, which means that Grindelwald was already on his quest to becoming the master of death and taking over the world.
Parallels between the European and American magical governing bodies are drawn — the Ministry for Magic rules in Europe and the Magical Congress of the United States of America (MACUSA) rules in America.

But even for the non-Potterhead, the immense world-building, character development, and detail of each magical creature made every second of the movie enjoyable, even the second time watching it.

Everyone, no matter how invested in the Harry Potter world, should get out to watch the movie — no Potter education needed. 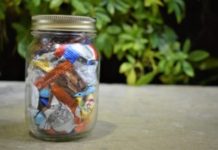 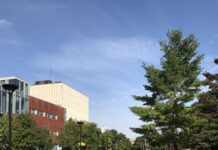 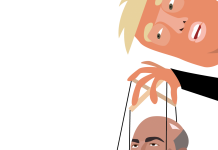